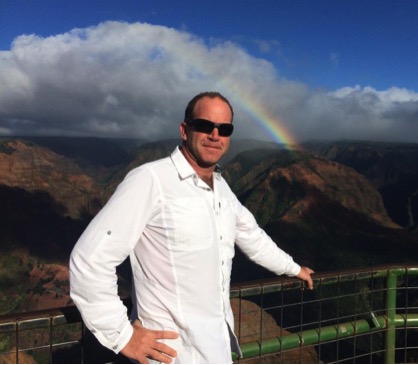 This is a 3000-level course that serves a variety of purposes and audiences. For philosophy majors and minors, it satisfies an area requirement in ethical theory, and it satisfies a similar area requirement for environmental and sustainability studies majors. It is also designated as a humanities general education course, so it also regularly attracts students from all levels and from across the curriculum.

Hide
By the end of the semester, students should be able to:

The narrative of environmental ethics is currently in flux, inexorably shifting away from an almost exclusive emphasis on justifying the protection of "nature," understood primarily as "wilderness," to exploring a broader range of human/nature relationships. With discussion of the Anthropocene quickly gaining traction and momentum across the curriculum, conceptualizing nature as just so many discrete services supporting and sustaining human life and well being is fast emerging as the dominant viewpoint. In such a state of affairs, the main ethical questions concern what, if any, limits we might have in altering "nature" in the name of improving its services to us. Accordingly, introducing this module in an environmental ethics course is a timely and necessary expansion of the discussion.

The exercises in this module thoroughly engaged and animated the students. Several of them explicitly referenced the module in their course evaluations, e.g., "Ed's three-week module on water resource management was the highlight of the semester for me. I learned a lot, and it opened my eyes to the considerable amount of planning that goes into low-impact development."

I was able to use module effectively just as we designed it. I did not administer some of the formative assessments, and in a few places I combined PowerPoints because we designed the module for nine 50-minute class sessions but I taught it in six 80-minute ones.

This was a standard 16-week spring semester course, and I implemented the module during weeks 11–13, right after spring break. Prior to introducing the module, we had worked progressively through a serious of ethical viewpoints, starting from eco-centric ones and moving inexorably toward more eco-humanist and anthropocentric ones. The module served as a useful bridge leading to an end-of-semester discussion of an emerging eco-modernist ethic. Since eco-modernism evaluates nature primarily through a ecosystem services lens, it was quite useful to have actually gone through an ecosystem services modeling exercise.

I implemented Unit 1 in two class sessions, rather than the three for which it was originally designed. So on the first day, I worked through all of Unit 1.1, and about halfway through Unit 1.2, through the introduction of the water balance equation and stream hydrograph. Accordingly, I added the first seven slides from the Unit 1.2 PowerPoint to the end of the Unit 1.1 In-class PowerPoint.

Prior to the first class, I had the students go through the Unit 1.1 Before-class Introductory PowerPoint and do the associated assessment (I spent just a few minutes at the beginning of class making sure there was a general understanding of the material). Also, for use as a reference document during this class and the rest of the module, I made copies of the Ecosystem Services Chart (slide #8 from the Before-class PowerPoint) for each student (this proved quite useful as a ready reference throughout the module).

Prior to the first class, I had also identified students with PC laptops who were willing to bring them to class throughout the module. I made sure that these students had downloaded both (1) Google Earth Pro and (2) the EPA Stormwater Calculator. All the students had then been put in groups of 4–5, with each group having a student with a laptop that had the necessary software installed.

Working through the first class was straightforward, and the students seemed really engaged and fascinated by Google Earth, most never having thought of the software as a research tool (!?). I added in demonstrations of two Google Earth tools that are not discussed in the PowerPoint: street view (which came in handy for Unit 2.3) and save (which is useful when the students are preparing their presentations in Unit 3.2.)

I did not do the water hydrology literacy assessment, as it would have taken me too far afield and used up too much class time.

At the beginning of class, for about 10 minutes, I used the street view feature of Google Earth to give the class a virtual tour of several LIDs around the University of Utah campus (which included bioswales, green roofs, catchment basins, planters and porous concrete). This was a successful enterprise, as evidenced in the students' responses for the Post-Unit 2 Assessment wrapper. When administered as a pre-unit wrapper, it showed that most students knew very little about stormwater generation and mitigation on our campus. When administered again as a post-unit wrapper, almost every student was fairly conversant about this topic!

I did Unit 3.1 essentially as laid out in the Teaching Notes and Tips:

On the last day of the module, students spent about an hour working on their presentations. Due to the size of the class and number of stakeholder groups, it was not possible for the groups to present them to the class. Instead, each group was asked to briefly summarize the main aspects of their proposal. The second part of the summative assessment was assigned for homework.

I used/graded the Unit 1.1 Before-class Preparation Assessment to make sure they had gone through the module introductory PowerPoint, so that we could start off the first day of the module with a working knowledge of ecosystem services. I used/graded the Unit 2.2 Assessment to "reward" the students for all of their in-class hard work on using and mastering the EPA Stormwater Calculator. I used the pre- and post-Unit 2 wrapper to gauge the students' knowledge of campus features related to water generation and mitigation before and after our discussion on the topic. Regarding the module summative assessment, the reflective piece was of more interest to me than the presentation piece, in terms of gauging how the students were doing via-a-vis the learning outcomes for the course.

My intent was to expose the students to an anthropocentric, quantitative approach to environmental ethical decision-making, as opposed to the non-anthropocentric, qualitative approaches typically discussed in environmental ethics courses. I wanted them to be able to weigh the pros and cons of these two different approaches, and to consider which seemed a more promising approach to such matters. Based on the tenor of the classroom discussions and the content of their responses to assessments, particularly the reflective piece of the summative assessment, this vision was borne out to great effect.