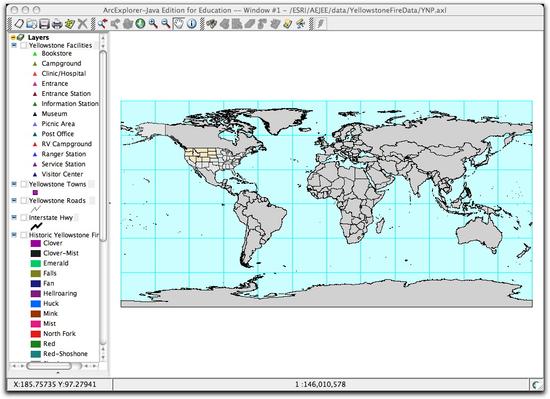 
Where in the World is Yellowstone National Park? 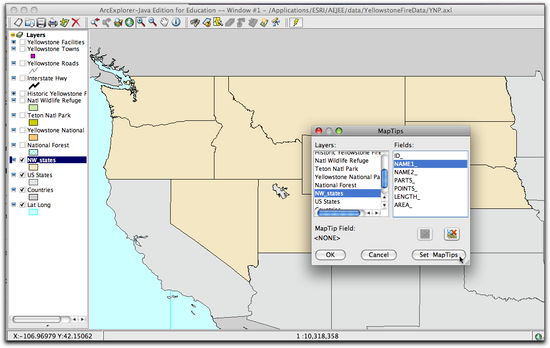 
Locate Yellowstone in the Region 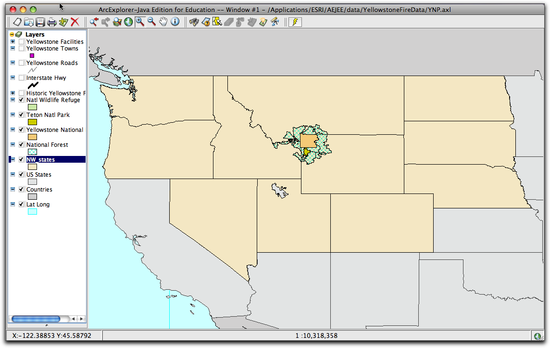 Notice the amount of federal land surrounding Yellowstone National Park. This open land is an important resource for human use and wildlife habitat. The National Forests of the Western United States serve many purposes. Not only do they contain extremely valuable lumber resources, they serve as important carbon sinks and provide habitat and safe refuge for many species of animals. Parks also serve as major corridors for animal migration. Over 75% of the Western United States is federal land of some type.

Hide
Montana, Wyoming, and Idaho are all included in Yellowstone National Park. 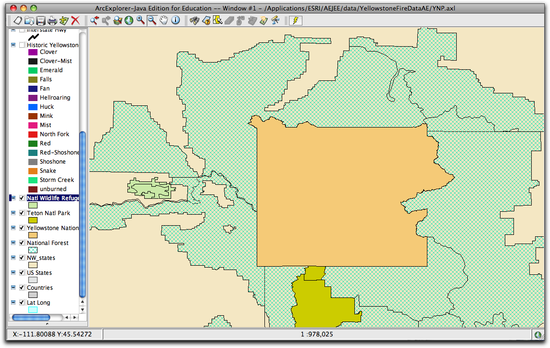 
Search for a feature you might want to visit


Find campgrounds that resulted from the spatial query 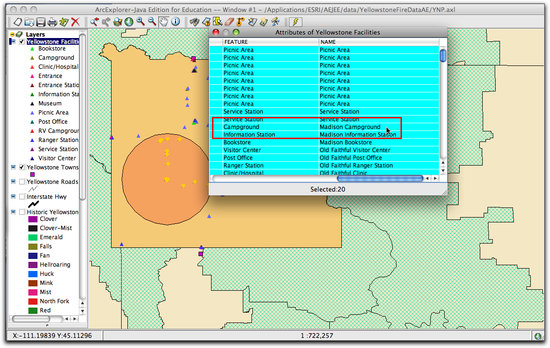 Hide
The biggest fires of 1988, in terms of total acres burned, were:

Hide
Ecosystem wide, including areas of National Forest around the park, about 1.2 million acres were scorched. 793,000 (about 36%) of Yellowstone Park's 2,221,800 acres were burned.
top of page


Discover Which Yellowstone Facilities were Threatened by the Fires

button. In the the Query Builder window that opens enter the following query: (FIRENAME = 'North Fork'). Click Execute. The fire is now highlighted in yellow on the map. 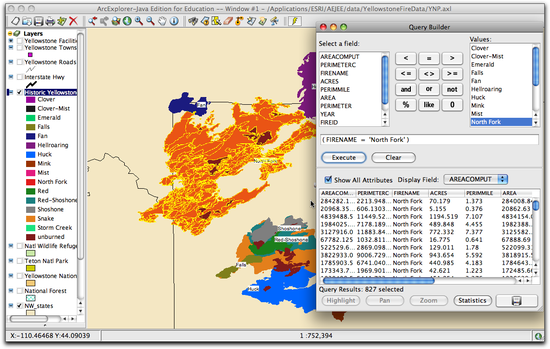 
Find out how many facilities were threatened by the fire


Repeat this process on the Clover-Mist and Hellroaring Fires 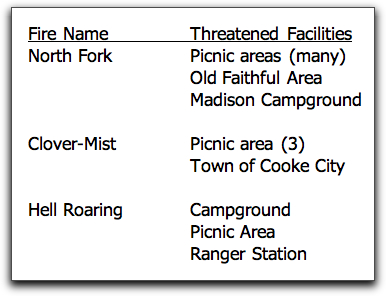 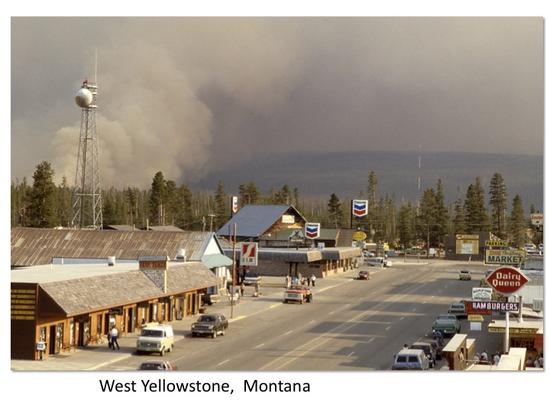 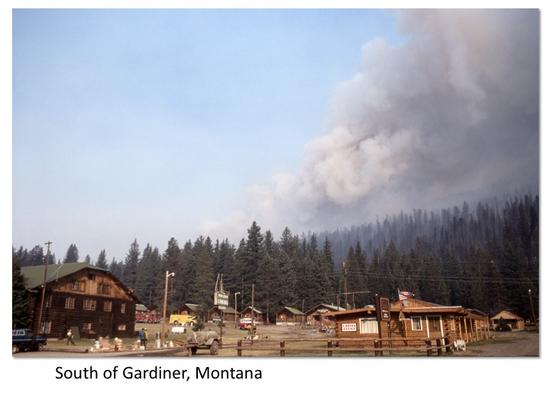 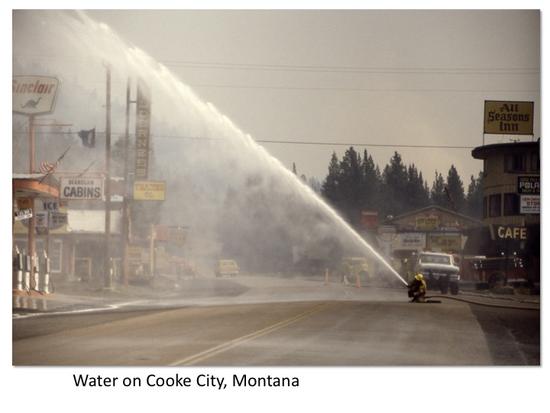 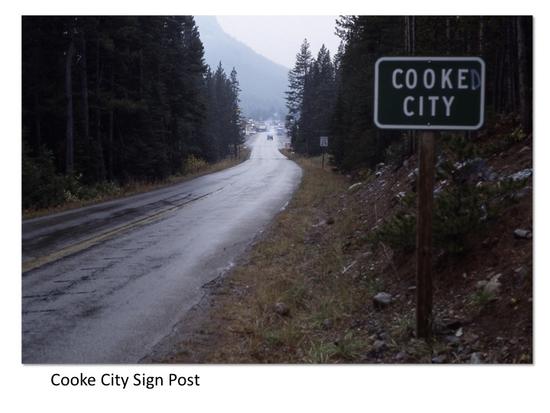 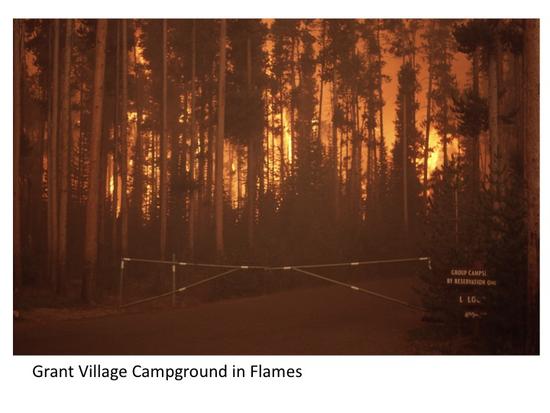 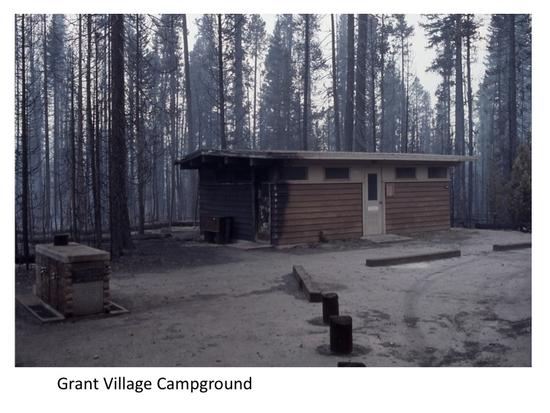 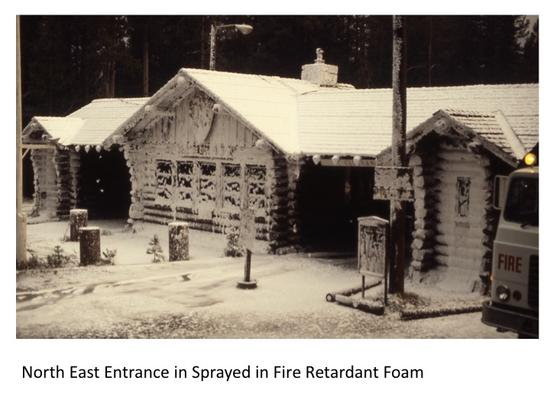 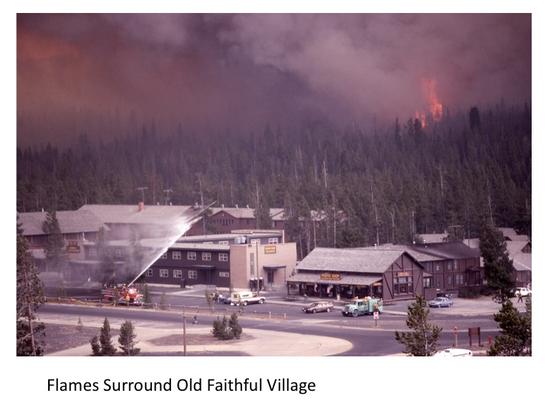 On a windy day, a forest fire like those in Yellowstone National Park can rapidly engulf new areas as far as 10 miles from the previous fire boundaries. Fire managers constantly use weather reports, terrain maps, and other information, such as images from airplanes to make decisions about where to put their fire fighting efforts. At the same time they also must decide which areas to evacuate and which roads to close. Since the Yellowstone fires 20 years ago, the tools of technology, like GIS and satellites, have greatly aided the decision making process.

Fire management in the National Parks allows for the natural progression of fires. As far back as 1972, fire management in Yellowstone National Park encouraged as many as possible of the lightening-caused fires to progress naturally while protecting human life, properties, and historic structures. In contrast, all human-caused fires are to be suppressed. Prescribed burning is to be utilized to prevent the spread of fires.

From the time the fire management plan in Yellowstone National Park went into effect in 1972, until the fires of '88 erupted, 34,175 acres had burned in Yellowstone due to natural causes. The summer of 1988 broke all the rules of fire, and forever changed fire management strategies. Now, while protecting human life is first priority, fires are allowed to play their ecological role in the park.

Hide
Human caused fires are very common in Yellowstone National Park. However, the number one cause of fires is lighting. Recent fire policy (2003) is to let all naturally started fires burn to completion, but to protect people and facilities.


Investigate the relationship between fire starts and roads.

Generally, how far are the human caused fires away from the highways in Yellowstone National Park?

Show me one way to do this

Thought Question: In your opinion, what is the best prevention tool needed to manage and control fires in National Parks?

Should fires be allowed to burn in National Forest and National Parks? 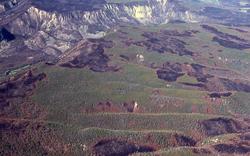 Mosaic pattern of burn in Madison Canyon. Source: NPS
While horrific to view, fire is as natural a part of the western ecosystem as are bears and elk. In fact, fire often improves habitats for some animals, increasing grazing for elk and providing dead trees that can be used for nesting cavities for birds. A natural fire such as the one in Yellowstone National Park burns in a pattern known as a mosaic. This mosaic pattern is healthy for a forest because it creates forested areas that are mixed in both age and plant type. This mixed structure can be seen developing in the satellite images and aerial photographs from NASA.


Explore More if your have Time