Through a Lens Darkly and Then Face to Face* 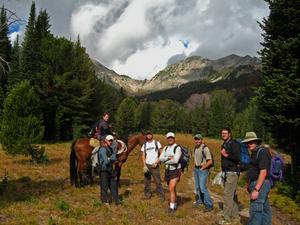 I've been hiking every Sunday this past fall with a group of geology majors--the Sunday Hiking Club. We are doing a service-learning project to create trailside posters and websites that explain the natural history of popular trails in the mountains surrounding our town. While on our hikes, all of the students are taking digital photographs of their experiences on the trail, and the archives of these images will serve as the raw materials for the story lines we'll present to the public. At the simplest level, our trailside posters will help direct the attention of interested hikers to the wonders they'll encounter along the trail. The premise is that the hike may be a bit more enjoyable and meaningful for recreational hikers if they know what special features to look for along the way. For the hiking public, their original motivation for going on the hike may range from exercise to aesthetics, but we think we can slip in a little science education along the way. The accompanying websites will be a bit more detailed, with in-depth information for further personal investigation with resources such as geologic maps, articles that are accessible for reading by the public, archives of annotated images, and links to related instructional sites. In observing Nature through my own lens, and also observing my students as they themselves look at the world with focused attention through their cameras, I came to realize vaguely at first, and then with increased clarity, the transformative power of photography as an instructional activity. 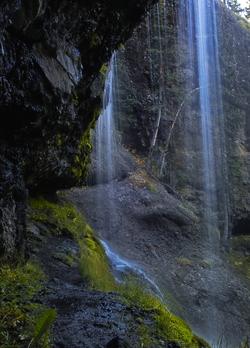 The first transformation is found in the representation of Nature into our photographic representations (more broadly referred to as inscriptions by LaTour, 1987). We are taking pictures on all scales--panoramic landscapes, outcrops, closeups, and we'll eventually include photomicrographs and even scanning electron micrographs as needed to tell the story. Some pictures are taken for aesthetic purposes for our new geo-tourists--waterfalls, cloud formations over mountains, hillsides of flowers or charismatic wildlife. Most of the pictures are documentary in nature, categorizing and explaining the meaning of phenomena observed: major rock units, splays of beautiful minerals (gedrite, kyanite, sillimanite), assemblages of invertebrate fossils, hanging valleys. Many of the pictures capture the Earth's dynamicism and process in what is an otherwise static format: a rock glacier, natural levees formed on the flanks of debris flows, columnar joints, mylonitic fabrics and kinematic indicators. Some pictures are holistic and capture the complex interactions among components of the Earth system: distribution of flora and fauna related to soil, topography, aspect, microclimate. In both poster and website formats, we will present these natural phenomena in the context of fundamental geologic concepts (principles of uniformitarianism, original horizontality, superposition, cross-cutting relations) We hope to inspire a sense of awe and wonder about Nature as we present the stories revealed in the geologic record: an exposed unconformity allows us to literally step from the Archean to the Eocene, a leap in time as recorded in rocks of ages ranging from 3.2 billion years to 50 million years old; a glacial-sculpted valley that once had to have over a mile of ice above us; near vertical limestones on top of a mountain range that once were deposited in warm, shallow seas similar to today's Bahamas, that then had to be tilted on end from their original horizontal position; metamorphic rock suites that must have formed and crystallized at depths of 30 kilometers or so, but are now at the top of a mountain range--where did all that overlying crust go? 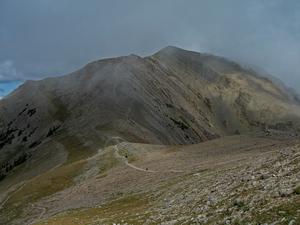 The second transformation is of the students as they grow into their roles as scientists. In watching the students engaged in their photographic work it soon became apparent to me that the same lens that exposed and captured all manner of natural phenomena also exposed truths about the students themselves. As the students composed their photographic representations they had to make all manner of decisions about scale and proportion, what to include or exclude from the frame, what features to emphasize (perhaps with lighting, or planning for future modification or annotation using PhotoShop), what information could be conveyed by a particular presentation? Whether a profile of a ridgeline, or a close-up of a mineral or fossil, the students are externalizing their stored knowledge (from coursework?) into purposeful representations of natural phenomena. They point to the distant peaks, hands in motion to show a particular feature, seeing then explaining what the feature reveals; they are down on their hands and knees, looking ever-so-closely at a physical artifact, first identifying, then searching for meaning. They use the language of the trade, (mostly) in correct contexts. Bits and pieces of information from across our curriculum from the remote recesses of student memory began to be recalled, applied and integrated. One of the students is already an accomplished photographer, and the other students are learning from his technical expertise. The same lens that captured representations of the external world also captured the essence of these young geoscientists: the joy of discovery, self-directed inquiry, decision-making, ability to integrate and make connections among disparate bodies of knowledge, and a growing confidence in ability to talk about and do science. By transforming Nature into photographic representations, the students begin to transform themselves into scientists. The lens looking outward to capture nature, also reflects inward to reveal personal attributes of the students themselves. 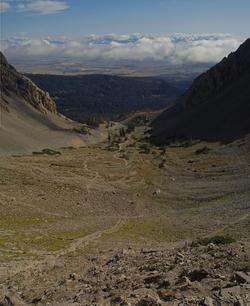 The third transformation occurs in the viewing public, the Spectator, as referred to by the French philosopher and literary critic, Roland Barthes. In his exploration of photography in Camera Lucida, Barthes defines two essential elements of photography that determine the observer's relationship to a photograph: the studium and the punctum. The studium is: "...an average effect...a kind of general enthusiastic commitment, but without special acuity...It is by studium that I am interested in so many photographs, whether I receive them as political testimony or enjoy them as good historical scenes: for it is culturally that I participate in the figures, the faces, the gestures, the settings, the actions (p.26)." The studium is academic in nature--conveying information without necessarily evoking an emotional response. "Many photographs provoke only a general and, so to speak, polite interest....To recognize the studium is inevitably to encounter the photographer's intentions, to enter into harmony with them, to approve or disapprove, of them, but always to understand them, to argue them within myself, for culture (from which studium derives) is a contract arrived at between creators and consumers. The studium is a kind of education, which allows me to discover the Operator, to experience the intentions which establish and animate his practices" (p. 27-28). 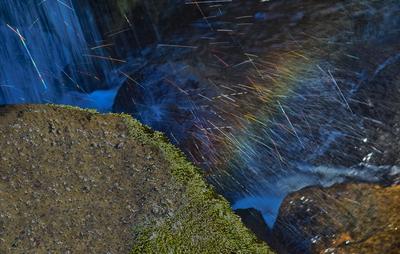 In stark contrast, the punctum breaks the generalized representations encompassed by studium: "...it is this element which rises from the scence, shoots out of it line an arrow, and pierces me...A photographer's punctum is that accident which pricks me (but also bruises me, is poignant to me) (p. 26-27) Very often a punctum is a detail (p. 43)...the reading of the punctum is at once brief and active... the punctum should be revealed only after the fact, when the photograph is no longer in front of me and I think back on it (p.53)." The punctum provokes memory, reflection, and deeper thought. Photography has the power to transform the viewing public, the Spectator, by making an academic connection via studium and an emotional connection via punctum to both the object of the selected image and to the intentions of the photographer.

By placing our photographs in the context of geologic knowledge in trailside posters and websites, we hope to address the studium by presenting generalized content and concepts, and to incite the punctum by piquing personal interest or curiosity and imposing recurring thought and reflection (whether willful or not--for images can have a surprising way of intruding consciousness without invitation) on the scenes we portray to our viewers. It is through the punctum in our images that we hope to establish a personal connection between our viewers and Nature. Barthes further reflects on the pure essence of photography, the noeme (the Greek root of noeme is thought): "That-has-been." The photograph captures an event or object at a particular point in time, and thus connects the Spectator to that event. But in acquiring photographs of geologic features, we not only make connection to the singular events recorded in our day hikes, but we also make connection to "That-has-been" in the far past geologic record. Two treats for the price of one for our viewers: connections to the immediate wonders of the trail in front of us, and connections to the inexorable history of Earth behind.

Latour, B., 1987, Science in Action: How to Follow Scientists and Engineers through Society: Cambridge MA, Harvard University Press.

Many of the ideas addressed in this blog, transformations, inscriptions, and the importance of gesture in scientific discourse, were inspired by conversations with Chuck Goodwin, Dept. of Applied Linguistics and TESL, University of California at Los Angeles, during our work on the Synthesis project on Learning in the Field: Synthesis of Research on Thinking & Learning in the Geosciences. Thanks also to the rest of the Synthesis team for continued conversations and insights.

Through a Lens Darkly and Then Face to Face* --Discussion

I gotta say, I'm loving the "Earth and Mind" blog. It's well-written, well-illustrated, and well-laid-out. All three of you are doing a great job with this medium. Thank you!