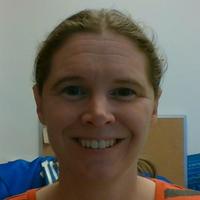 Jessica Martin, University of Providence
Thinking about the natural world in terms of functional systems is a key approach across the physical and biological sciences. At the University of Providence, a small private Catholic university in central Montana, the concept of sustainability was recently added as a major theme in the core curriculum. This led to reflection across disciplines on the level of understanding current students have on the world around them, specifically how interactions between human populations and the natural world effect every discipline. As a university with a limited geoscience curriculum (no major offered), it has been noted that general understanding of the physical earth and how it operates as a system is lacking across this student population.
In the spring semester 2018, units of the InTeGrate "Systems Thinking" module will be utilized in three different classes at the University of Providence. The purpose of using this module is to pilot a systems approach for students to examine interdisciplinary problems relating to the natural world. This work is also done in conjunction with the Spring 2018 InTeGrate Faculty Mentoring Network (FMN).
Four units from "Systems Thinking" will be presented to students in General Biology (II) Lab, which is composed of predominantly biology majors and is the second semester of a year-long course. The students will work through these units in concurrence with an aquaponics lab, in which they will build a working system. The two introductory units of this module (at least) will also be presented to an online 'Living Environment' course (lower level science requirement for core curriculum) and an Earth and Space Science course (for primary and secondary education majors).
The information presented here will involve how this module worked for the different student audiences, any adjustments made to the units and things learned from taking part in the FMN.