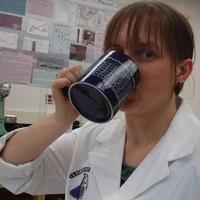 In previous studies of math anxiety, it has been shown that rewording math-based problems to include language that de-emphasizes the quantitative elements can work to reduce anxiety in higher-anxiety students; this can be as simple as using "problem-solving ability" instead of "math ability." In this study, a rebranding intervention has been used on low-stakes assessments, such as homework or non-graded quizzes. The control questions might contain math-anxiety triggering words, such as "calculate the Factor of Safety," whereas the intervention question might ask students to "provide evidence for slope failure" using given equations and their geoscience background.

In a small geoscience program at a primarily undergraduate institution, math anxiety has been assessed using a standardized math anxiety rating survey embedded into a more general anxiety survey. Course grades and demographic information have also been collected, as higher math anxiety has been correlated with particular demographic groups. While conducting initial surveys, many student participants were eager to talk openly about their admitted anxiety in STEM classes.

To formalize these conversations, during spring 2016, interviews are being conducted on a smaller subset of students to determine not only the basis and background of their possible anxieties but also whether they personally feel that research on anxiety is important. Currently, while sample sizes have been very small, the outcome of this study is being used to determine if interventions should used in most geoscience courses.