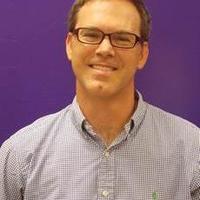 Daniel Dickerson, East Carolina University
As part of a NOAA-funded project entitled, Policy-Ready Citizen Science, in Year 1 we planned and implemented three weeks of professional development for the teachers in Summer 2015. The first week the teachers met at Old Dominion University where they engaged in 3D printing, learning about 5E Learning Cycles, Problem-Based Learning, Environmental Issues in the Chesapeake Bay, and Water Quality Measurement. The Water Quality Measurement portion was led by James Beckley of the Virginia Department of Environmental Quality. The teachers worked on lesson plans to pilot with students in weeks two and three. The focus of the lesson plans was using an AUV/glider that they would build to design a study and collect data about the Chesapeake Bay. The second week the teachers built a functioning AUV/glider using the SeaGlide design. Engineers from Naval Sea Systems Command helped lead the build. Each teacher brought two students with them so they could see that the students were able to do this type of work. Changing teacher attitudes about having students working with soldering irons and putting together electrical components was identified early as one of the key elements that needed to be addressed with the teachers. Every teacher successfully built an AUV/glider that they will keep for their classroom. The third week the teachers implemented the lessons they developed in week one and two with the rest of the group. Feedback was provided. They also practiced implementing the field portions of the AUV/glider complete with sensors to collect data regarding the scientific questions they developed. They also demonstrated the AUV/gliders, which was practice using them, to parents and children at the Children's Museum of Virginia. We will share lessons learned, including implementation within post-secondary environments.