Polar wandering or continental drift? It all depends on where you stand. 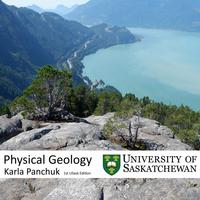 At the Rendezvous I will first describe the design of the compasses (very simple construction with paper plates and a few craft supplies), and then undertake the activity with participants.

This activity demonstrates apparent polar wandering by using paper compasses to simulate paleomagnetic records. In the first part of the activity the demonstrator plays the role of a stationary continent. She directs a participant playing the role of the magnetic north pole to stand in different positions, and sets her compass to point at the pole in each case. Compasses are stacked to represent the accumulation of igneous layers recording paleomagnetic signals, and she explains this to students. She then proceeds to "interpret" the "record" in terms of polar wandering by positioning the north pole ahead of her, and then directing him/her again based on the needle on each compass in the stack, while remaining stationary herself. This shows how a polar wandering path can be constructed. Finally, she illustrates the alternative interpretation, that the continent has moved instead. Magnetic north is once again positioned centrally, but this time the demonstrator has volunteers play the position of the continent at different times by using the compasses to position themselves relative to magnetic north. In a larger space a second set of compasses can be used to represent inclination and changes in latitude.

I use this activity in my first-year undergraduate physical geology course when we discuss the evidence for continental drift. The course includes STEM majors as well as non-majors. I came up with the activity because of the many vacant stares I got while trying to explain apparent polar wandering. Also, it seemed a great way to break up a 3 hour lecture.

I like this activity because it takes fairly abstract, and certainly unfamiliar, concepts like magnetism, magnetic fields, and magnetic inclination, and lets students see what these things "do." They also get to do a sort of paleogeographic reconstruction, which gives them a better context with which to view actual reconstructions, and provides them with an intuitive sense of how paleogeographic reconstructions are done. I've only used this demonstration twice thus far, but both times it seems to have made an impression. Performance improved on exam questions about apparent polar wandering, and students have referred to the demonstration in their discussion forum.