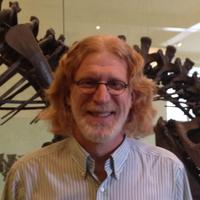 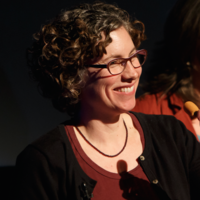 Many earth science educators are confronted with the academic/economic reality of large introductory lecture classes. Is there any way to avoid the trap of passive lecturing in these large classes? In this demonstration, we will actively participate in a few of the exercises that I have designed and implemented in my Introduction to Weather and Climate and Introduction to Physical Geography courses at the University of Georgia. These exercises have the notable feature of working better with larger class sizes and rooms than with smaller classes and more intimate rooms. As time permits, we will discuss the intent of each exercise, then do it, and then critique each exercise. I will provide additional examples as well. The primary intended outcome is to stimulate demonstration participants' thinking regarding what they can do to innovate in their own large introductory earth science classes.
1:50pm-2:10pm
Equation Journaling

Many students perceive equations as simply collections of variables, and when solving problems may choose an equation because it has the right variables rather than because it represents the right process. Helping students recognize that equations tell a story about Earth processes is the objective of the Equation Journal, a modified equation sheet used in geophysics classes at Western Washington University. Rather than memorize equations, or bring in a "cheat sheet" to exams, students journal about equations, writing prose descriptions of the processes represented by these mathematical relationships. The journals include information about the equation, descriptions of each of its variables (with units), and include a description of what the equations tells us about how the Earth works. Students often add additional comments that explain endmember cases, or that relate to specific Earth problems (e.g. the fact that seismic S-waves cannot propagate in fluids because they have to resistance to shearing). After creating Equation Journals, students understand that equations represent specific processes that may be described qualitatively or through concept sketches. A primary outcome of this assignment is to promote understanding of physical processes and reduce math phobia.
2:10pm-2:30pm
Word Problems: Living at the Intersection Of Quantitative Literacy and Geological-Mathematical Problem Solving

A course in geological mathematical problems solving has been evolving in the undergraduate curriculum at the University of South Florida for nearly 20 years. Now called Computational Geology (after the column of the same name in the JGE, 1998-2005), the course evolved into a quantitative literacy (QL) course for geology students, passed through a phase spawning Spreadsheets Across the Curriculum, and now (since 2014) focuses squarely and unabashedly on word problems. Word problems instantiate triad of QL (sensu lato), which combines calculation (numeracy), communication (QL, sensu stricto), and logical argument (quantitative reasoning, including modeling). The course proceeds through more than 300 battle-tested word problems, organized into about a dozen sets including unit conversions, proportional thinking, Venn diagrams, making comparisons, ratios and rates, logarithmic scales, circles and triangles, modeling functions, probability and distributions. This demonstration features two problems: (1) if you are lost on an island without a ruled measuring device, how can you use a stick to determine the ratio of two rectangular areas to three significant figures, and (2) if hE and hK represent the distance from the center of the Earth to the top of Mounts Everest and Kilimanjaro, respectively, what is hE – hK?
2:30pm-2:50pm
World Climate Simulation

World Climate is a simulation-based role-playing exercise in which participants take on the roles of delegates to the UN climate negotiations and are challenged to create a global deal that, according to current scientific understanding, meets international climate goals. Participants make decisions on emissions, afforestation, and deforestation, which are continually assessed through interactive exploration climate change science via the C-ROADS computer simulation. The exercise delivers key insights about emissions, atmospheric CO2, the global C cycle, the scale of action needed to meet stated international climate goals, and the complexity of achieving those goals among diverse geopolitical interests. Participants propose any policies they choose, including no action, and explore alternative assumptions about the response of the climate to GHG emissions. The role-play facilitates discussion of participants' understanding and mental models, without attempting to dictate them. The simulation shows participants likely consequences of their choices, but does not prescribe solutions.
2:50pm
Break
3:00pm-3:20pm
Evolution of GCMs and Super Mario

The concept of global climate models, GCMs, is difficult for introductory environmental science students to grasp due to the global scale of thinking involved, fluxes, and simplifying assumptions. While the idea of GCMs and how they work is intimidating, video games such as Super Mario are easier for students to comprehend and relate to. Therefore this activity was designed to help students equate the evolution of GCMs to Super Mario during the last three plus decades as both have gone through dramatic shifts in capabilities, such as the transition from 2-dimensions to 3-dimensions. Pre-activity assessment of knowledge on the topic indicates a lack of understanding what GCMS are. Post-activity assessment through the use of minute questions, class discussions, and exam questions indicate an improved understanding of GCMs, flux, and simplifying assumptions that are made in models and video games alike.
3:20pm-3:40pm
Investigating GRACE water storage data using video, essays, and data analysis tools.

The focus of this session is to support the analysis and interpretation of data in the classroom and help teachers to engage students in the study of climate change. NASA's Gravity Recovery and Climate Experiment (GRACE) is a mission to track the movement of water, including ground water and polar ice, from space. The satellites can detect where water is accumulating and drying up on a grand scale. Data from GRACE is available from NASA, but is difficult to interpret and the story of how the satellites collect data can be hard to grasp for students. Using video, data visualizations, and essay resources produced by the American Museum of Natural History, participants will engage in an exploration of the GRACE mission. The GRACE Teaching Case is organized into four sections: background, how scientists are collecting data, what we are learning from GRACE, and the implications of these discoveries. A short video and a reading that includes reflection questions and possible literacy strategies supports each section. Data analysis is supported by visualizations of water storage anomalies overlaid on global and regional maps. A graphing tool allows users to graph ice mass data from Greenland and Antarctica.
3:40pm-4:00pm
Coastal Vulnerability to Sea Level Rise

Over the next century sea level is likely to increase 26-82 cm (IPCC 2013). This increase in sea level will leave some highly populated, sensitive coastal areas vulnerable to rapid geologic changes. It is important for students to understand how these hazards can be evaluated. This activity guides students through an evaluation and comparison of two sites, Sand Ridge VA and Kennebunkport ME. The evaluation is structured after the Coastal Vulnerability Index published by the USGS. This structured analysis incorporates coastal slope, wave height, sea level rise, historical erosion rates, and geomorphology. The data for this activity is shared with the students on iPads. Mobile technology is an easy way to share geospatial data with students. The technology is extremely easy for the students to use and presents minimal technical challenges. If iPads are not available for the class, students may use their smart phone. The ERSI app used to view the data is free and compatible with Apple or Android products. The data for this assignment is hosted on ArcGIS Online. This online map was created by the presenter for this activity and is publically available.
« View More Teaching Demonstrations