Minerals as recorders of complex systems with coupled processes 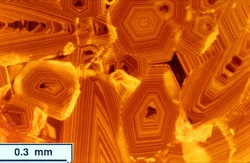 Fig.1: Intricately zoned calcite crystals as observed in catholodoluminesce. Photo courtesy of Prof. Ezat Heydari.
The intrinsic beauty and aesthetic of minerals are only outclassed by the chemical information tucked inside - minerals can be excellent recorders of complexity found in the Earth's system. While studying metamorphic rocks, it became clear that the rock's mineralogy and texture were not only products of thermally activated chemical reactions in the solid state but also influenced by fluids percolating through the intervening pore space. In these geologic settings, fluids flow in response to density gradients set up by the transfer of thermal energy. In turn, this causes changes in fluid compositions. When these rapidly evolving fluids interact with a growing mineral they cause resultant chemical changes to be recorded in the mineral. While some fluid interaction is subtle and has little compositional impact, rapidly changing chemical conditions can be manifest in spectacular chemical zoning patterns in minerals (Fig. 1). 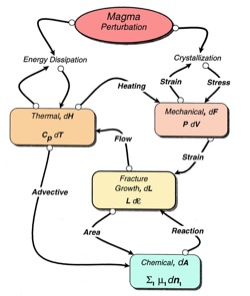 Figure 2: Schematic feedback showing the relationship of processes that occur during contact metamorphism. (Modified from Norton and Dutrow, 2001).
However, these chemical changes may reflect a more interrelated set of physical processes that occur to the rock. Environments where these coupled processes are important include metamorphic aureoles surrounding an igneous intrusions, various ore-forming environments and in other hydrothermal systems. When magma intrudes cooler host rocks, the energy is dissipated to the surrounding rocks through a series of thermal, chemical and mechanical processes. The outcome of each process affects the rates of the other processes. This coupling controls how the system evolves; an evolution typically irregular and often recorded by mineral patterns. Each of these processes affects the other processes in the system to form a series of feedbacks. This is shown schematically by a series of interrelated diagrams whose processes and their coupling can be described mathematically (Fig. 2). In the schematic, boxes indicate the level of the thermal, mechanical and chemical energy reservoirs. Their connectivity is shown by curved lines that indicate the couplings (non-linearities) amongst the processes in the system. Arrows indicate the feedback connections - as directional indicators. The rate mechanisms are described by words; these are the mechanisms that disperse and change the level of energy each of the reservoirs. 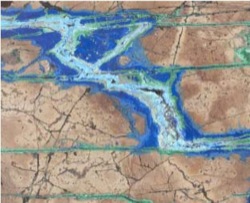 Figure 3: Fracture filled with three generations of copper-bearing minerals: azurite (blue), malachite (green), chrysocolla (light blue). These minerals record changing fluid compositions and seal the pathway for fluid migration. Image; B. Dutrow.
For example, the energy dissipation and crystallization processes specific to the magma are coupled respectively through the thermal and mechanical energy levels. When magma cools and solidifies through mineral crystallization, the pluton fractures, which increases permeability to provide easier access for fluid flow which then more effectively dissipates thermal energy. Similarly, fractures can be induced in the host rock by increases in pore fluid pressure that enhance permeability, increase fluid flow that potentially increases the advective transport of chemical components. These advectively driven chemical reactions cause the consequent precipitation or dissolution of minerals lining the fractures that either decrease or increase the fluid flow pathway. In selected cases, these fracture-sealing materials reflect the feedback in the system, specifically the changing fluid compositions, and can be gorgeous (Fig. 3)!

Figure 4: Log a[B(OH)3] vs. time in equilibrium with minerals from the Geysers systems at T,P (see Norton and Dutrow, 2001 for more details).
Patterns of feedback are not only manifest in the fracture fill but also in the individual chemical makeup of a mineral. Minerals may record near-critical conditions in hydrothermal fluids where small perturbations to the system have profound and rapid consequences (Fig. 4). An example of this situation is recorded by the mineral tourmaline that occurs in core samples from the Geysers geothermal deposit in California (Norton and Dutrow, 2001). Geologic estimates of pressure and temperature suggest that rocks likely attained supercritical state conditions in the fluid early in their history. Analysis of these tourmalines reveals that delicate zoning patterns record oscillations preserved in their chemical composition. Such oscillations provide evidence of dynamically changing conditions in the system. These dramatic features record the sensitivity of the stable mineral assemblage to the interactive thermal, mechanical and chemical processes in the system (Fig. 5).

Figure 5: Plane polarized light and backscattered electron image (BEI) of tourmalines that fill veins from the carapace of the Geyser felsite. The tourmalines display oscillatory zoning that reflects chemical changes from schorl (dark gray in BSI) to foitite (light). Image: B. Dutrow and D. Henry.
For teaching about these complex systems, fractured rocks with cross- cutting veins of distinctive and colorful minerals provide an entree into the world of coupling and feedback. This is done in two courses: a sophomore mineralogy class and a senior-level earth materials and the environment course. In mineralogy, students are given polished slabs of rocks containing copper minerals that seal a series of cross-cutting fractures. A relative geologic history can be determined in the palm of their hand. Students are asked to determine the oldest to the youngest fracture, the minerals sealing the fractures, and in the more advanced class, to determine the change in the fluid composition that cause the minerals to change. The advantage of working with these minerals is that they can be easily identified by color. The disadvantage is that ambiguity exists in determining the relative timing of events. Students then evaluate the rock with respect to the interrelated processes shown in the feedback loops.