Lab 3 - Tree Rings and the Ancestral People of Pueblo Bonito: Uncovering the Past

In this tree-ring science expedition you will learn how tree rings are used to date archaeological sites. You will travel to the arid desert of the American Southwest to explore an elaborate ruin--a site called Pueblo Bonito--that was inhabited by the ancestral pueblo people between 800 and 1150 AD. After 1150 AD, evidence shows they abruptly abandoned their village and moved elsewhere. 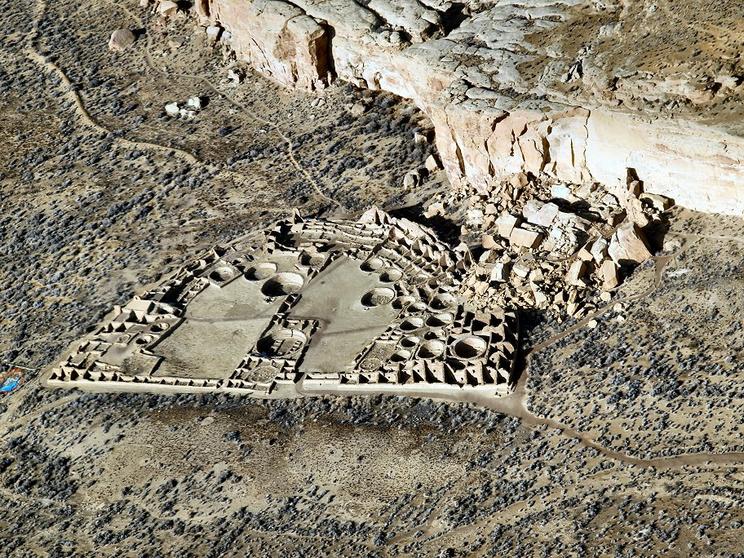 ×
An aerial shot of Pueblo Bonito

Provenance: by Bob Adams, Albuquerque, NM
Reuse: This item is offered under a Creative Commons Attribution-NonCommercial-ShareAlike license http://creativecommons.org/licenses/by-nc-sa/3.0/ You may reuse this item for non-commercial purposes as long as you provide attribution and offer any derivative works under a similar license.

The three-acre Pueblo Bonito site is situated in Chaco Canyon. The complex has approximately 800 rooms. In some parts of the village, the tiered structure reached four and five stories high. During later construction, some lower level rooms were filled with debris to better support the weight of the upper levels. The multi-story construction produced massive masonry walls as much as 3 feet thick. Pueblo Bonito could have accommodated several thousand inhabitants at its peak, but recent studies place the number closer to 1,000.

The Birth of Dendrochronology

In the late 1800s and early 1900s, A. E. Douglass, the founder of the science of dendrochronologyis the science or technique of dating events, environmental change, and archaeological artifacts by using the characteristic patterns of annual growth rings in timber and tree trunks, was a young astronomer working at the Lowell Observatory in Arizona. Douglass had a particular interest in the sun, especially the cyclic behavior of sun spots, and how the sun influences weather. He began looking at the annual growth rings of trees and noticed a relationship between the size of the growth rings and climate factors such as moisture and elevation. He plotted the width of tree rings and compiled the first chronologies to show how trees record climate changes through time. Noting the similarity in the response of trees across the region, he invented a technique that would prove to be a fundamental tool in tree-rings studies: cross datingis a technique that ensures each individual tree ring is assigned its exact year of formation by matching patterns of wide and narrow rings between cores from the same tree, and between trees from different locations, or matching the patterns of tree rings from one tree to another. This allowed scientists to mark exact calendar dates for each ring. 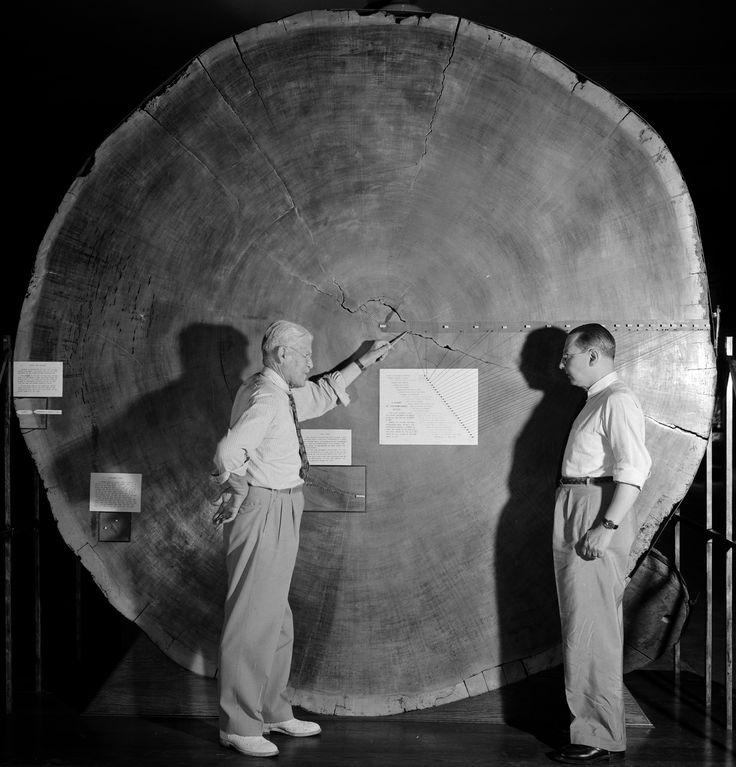 ×
A. E. Douglas (at left), the founder of the science of dendrochronology, examines a redwood tree section with a colleague in 1946. Courtesy LTRR

After hearing Douglass speak about tree rings in 1914, Clark Wissler of the American Museum of Natural History approached Douglass to ask if it were possible to connect tree-ring records from living trees with undated ring-width records developed from timber in the prehistoric pueblo ruins. If such a thing were possible, then many pueblo sites--and the history of civilization in the Southwest--could be dated with exact calendar years. Douglass collected tree-ring records from historic sites all over the US southwest in 1915. Using the living trees growing on the nearby mountains, he produced a tree-ring record back to the late 1200s, but he still couldn't connect the patterns he saw in the undated historical wood to those in the living trees. From this, he concluded that the ruins must have been older than the late 1200s. If he and his team hoped to connect the two chronologies in time and date the ancestral pueblos, they had to find wood from a time period that could bridge the gap between the records.

In this lab, you will experience first hand how these records were ultimately connected and you will use tree-ring data to create a historical timeline of drought for the region.

You will learn about how scientists work in the field to search for clues to determine the past climate of a region. You will also learn cross-dating methods, and be able to evaluate the ring patterns of a sample of wood Neil Judd and A.E. Douglas collected from the Pueblo Bonito site to determine the exact date the tree was cut down to build the structure. You will also explore how tree rings can be used to determine periods of drought in the past, and you will begin the process of building a tree-ring chronology for the region. To complete the lab you will investigate a long-term tree-ring based drought reconstruction to identify extreme and sustained droughts, called megadroughtsare prolonged droughts lasting two decades or longer, that may have affected the people of Pueblo Bonito.