Lab 5 - Warming and the Boreal Forests

Learning About the Present from the Past

Paleo-climate records, such as those obtained from analyzing tree-ring data, provide a long-term history of how the climate has varied for hundreds-to-thousands of years in the past. In order to fully understand the implications of how climate is changing today, it is vital to know how and why climate has changed in the past. Current climate data collection methods, including meteorological station and satellite observations, only cover a very small window of Earth's long history (i.e about 50 to 100 years) with respect to climate change time scales. Looking into Earth's climate history using proxy data helps scientists put recent warming trends into a long-term context, and gives scientists a better understanding of how climate may vary in the future.

×
A map of boreal forest distribution.

Provenance: Credit: GeForce3 - Wiki Commons
Reuse: This item is offered under a Creative Commons Attribution-NonCommercial-ShareAlike license http://creativecommons.org/licenses/by-nc-sa/3.0/ You may reuse this item for non-commercial purposes as long as you provide attribution and offer any derivative works under a similar license.

In this lab, you will visit several tree-ring research sites in the northern latitudes, where the boreal forestsThe boreal forests are the largest continuous forests on earth, covering the northern reaches of north America, Europe, and Asia. They are so expansive that they can even influence the weather and they are incredibly important for human well-being. grow to gather evidence about what climate was like in the past. Life can be harsh in the boreal forests. Here, the climate is very cold, with average annual temperatures from about +5° to -5°C. The harsh climate results in slow growing and long-lived trees that have annual rings that reflect summer, or growing season temperature conditions. For example, during a colder than normal summer, a tree would only grow a little bit, resulting in a smaller than normal ring, and during an unusually warm summer the tree would grow better than normal, so the resulting ring for that year would be wider. Tree-ring scientists are interested in the boreal forests because it is possible to find very old trees and create long temperature histories from those trees by studying the patterns in the annual tree-rings. Watch this video to learn more about what scientists are looking for in terms of tree-ring research sites.

The northern latitudes are also extremely vulnerable to climate change and can be thought of as an "indicator area" (the first places to show signs of warming). Warming in these regions causes a reduction in snow cover and permafrost, which leads to additional melting of snow and permafrost, that in turn decreases the albedo (bright white snow reflects much more sunlight than the darker soil underneath). Thus the dark soil absorbs more heat and accelerates the melting. This cycle is referred to as a "feedback loop" and is of great concern to scientists.

Take a look at the graph below showing current and future warming created by the worlds leading climate scientists. Which areas have warmed the most from 1986 to 2005? Which areas are projected to warm the most in the future (2081-2100)? 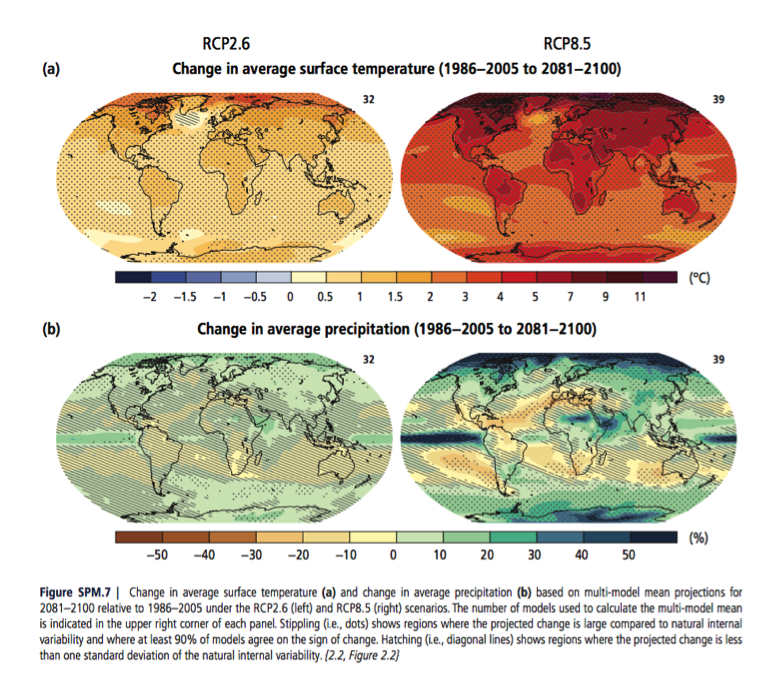 What will I learn

In this lab, you will explore some of the remote tree-ring sites that scientists have sampled to develop a better understanding of warming in the northern latitudes over the past 1000 years. You will also evaluate tree-ring datasets that are publicly available from the International Tree-Ring Databank and the Paleoclimatology Data Map. You will research scientific investigators and some of their related peer-review publications using Google Scholar and evaluate a very long Northern Hemisphere temperature reconstruction, based in part, on tree-ring records from the sites that you explored virtually. You will evaluate and measure data from three sites from across the Northern Hemisphere and you will learn how tree-ring scientists combine samples from living and dead trees to create very long tree-ring records. You will then dig into the historical records to research a potential cause for some of the extremely cold years seen in the tree-ring record from the northern forests.