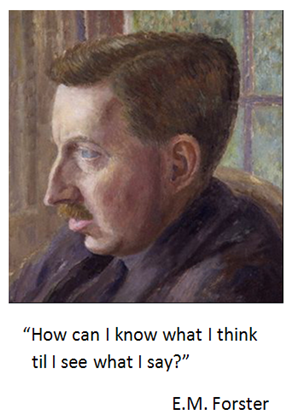 Quantitative writing (QW) promotes quantitative literacy as well as writing proficiency. QW assignments link "writing-across-the-curriculum" with "mathematics-across-the-curriculum". At the heart of both movements is the importance of critical thinking. A good QW assignment engages students with an open-ended, ambiguous, data-rich problem requiring the thinker to understand principles and concepts rather than simply to apply formulae. Assignments ask students to produce a claim with supporting reasons and evidence rather than a reductive "right answer." By asking students to find meaning in data and to use numbers in argument, QW assignments promote growth in critical thinking and real world problem-solving.

Reasons Why QW Assignments Are Valuable


1. In the increasingly complex, data-rich global environments of the 21st Century, successful students need to be equipped with flexible, adaptive analytical higher-order strategies. Quantitative writing addresses the need for these higher-order thinking skills.


2. Quantitative writing is a powerful tool for enhancing student learning.

3. QW also models and encourages domain transfer; for example, assignments could easily link "writing-across-the-curriculum" with "mathematics-across-the curriculum," or with a variety of social science and humanities curricular emphases.

"[S]tudents who practice writing for various audiences with differing needs for economic information evoke a complex cognitive process that requires them to think more intensively about economics. . . . . They must do more than regurgitate their economic learning; they must, instead, actively transform their knowledge into a form useful to the reader". (Palmini, 1996 , p. 208)

Numbers serve rhetorical functions: providing context, making evidence specific, showing change over time, imparting precision in language, and authorizing confidence in writers and respect on the part of readers. Even well-prepared student writers need practice with these uses of numbers, because much of their experience with numbers is limited to formal situations that require them to solve problems with correct answers. Using numbers to reason and persuade, in contrast, draws on skills that are less mathematical and more a function of logic.

"Employers are looking for inquisitive students who have a passion for learning, not ones who have learned specific skills. They prefer general skills such as critical thinking, quantitative, and communication skills."