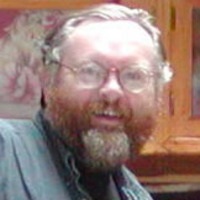 Provenance: Created by the author of the page containing this file.
Reuse: This item is offered under a Creative Commons Attribution-NonCommercial-ShareAlike license http://creativecommons.org/licenses/by-nc-sa/3.0/ You may reuse this item for non-commercial purposes as long as you provide attribution and offer any derivative works under a similar license.

Granshaw is also on the geology faculty of Portland State University. He is the developer of virtual field environments, which are described on his poster Virtual Fieldwork in Introductory Geoscience Courses: Approaches and Possibilities. Granshaw is a NAGT sectional officer, Geo2YC division founding member, a former science museum educator and exhibit developer, gardener, and beekeeper.