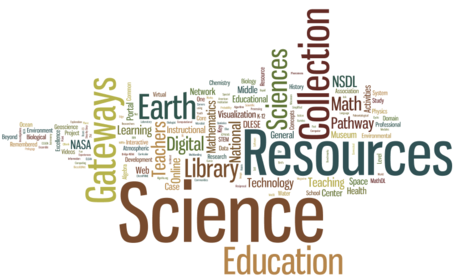 ×
This report comprises a set of essays created during a two-and-a-half day writing workshop held in April 2012 at Carleton College in Northfield, Minnesota. The goal was to develop a retrospective review that captured the nuanced outcomes and impacts of the National Science Digital Library (NSDL). This work built on two previous efforts:

Over the course of the NSF program, the term "NSDL" came to represent many things:

Recognizing the huge scope and complexity of NSDL, the workshop participants chose to emphasize high-level results and lessons in their essays. Regardless of the topic, each small writing group used as its starting point the original NSF program solicitation (2000), which set the overarching goal for NSDL.

As several of the workshop participants noted, this vision for NSDL has not fundamentally changed over the course of its development. In fact, this vision has been the glue that held together a diverse, interdisciplinary group of people who dedicated large portions of their careers to creating a National Science Digital Library. What has changed are participants' understanding of what it means to realize and sustain the vision for NSDL within the context of a rapidly changing technology environment and evolving priorities for STEM education. (For more information see, Endnote 1: Details about the Writing Process).1

To catalyze and support continual improvements in the quality of science, mathematics, engineering, and technology (SMET) education, the National Science Foundation (NSF) has established the National Science, Mathematics, Engineering, and Technology Education Digital Library (NSDL) program. The resulting digital library, a network of learning environments and resources for SMET education, will ultimately meet the needs of students and teachers at all levels—K-12, undergraduate, graduate, and lifelong learning—in both individual and collaborative settings. It will serve not only as a gateway to a rich array of current and future high-quality educational content and services but also as a forum where resource users may become resource providers.

Since 2000, the NSDL program has made many direct contributions to STEM education. It has catalyzed significant technology developments and served to advance state-of-the-art teaching and learning practices during a period of dramatic technological change. The report summarizes and highlights a number of the most significant lessons learned and the contributions made by the hundreds of individuals who worked to advance STEM education as part of the NSDL program. It does not attempt to reach a single, definitive conclusion about the success or failure of building NSDL. Instead, it incorporates the workshop participants' perceptions of both success and disappointment across a complex, multifaceted endeavor.

Who May Benefit from Reading this Report

These essays should not be considered a comprehensive review or evaluation of the National Science Foundation's NSDL program. Instead, they offer a set of reflections on some of the key areas where workshop participants felt their experiences building NSDL uniquely contribute to knowledge about future projects that are similar in scale and design. This report addresses both the technical and social challenges and the opportunities encountered in developing NSDL. The authors believe the following audiences will find the essays useful:

How to Read this Report

The authors of the essays assume some familiarity with the NSDL program. For those readers who lack this background knowledge, we recommend visiting the Suggested Readings portion of the workshop to learn more about its history.

The report is structured to take advantage of the flexibility of web publishing. A Summary and Lessons Learned preface each essay. To read each essay in full, click on the Show Essay link. You can also click within essays to show details and specific examples for some topics.

This workshop was funded by the National Science Foundation, award #0946953.

The authors' opinions and conclusions expressed in these essays do not represent the views of their institutions or of the National Science Foundation.

Show 1Details about the Writing Process


1Details about the Writing Process

Workshop participants were selected to represent the varied and interdisciplinary nature of NSDL project teams. The Goals & Agenda section details how essays were drafted during the highly collaborative writing process. Prior to the workshop, organizers posted recommended readings for the group to review, solicited additional documentation, and used a series of targeted online discussion boards to obtain formative ideas for the workshop. A group brainstorming session led to the selection of the essay topics. Small groups with specific expertise focused on creating first-draft essays for each topic. All participants then reviewed each of the essays and the Concluding Remarks.

The workshop organizers subsequently edited the essays for clarity and flow and returned them to the original writers to check for completeness and accuracy. Finally, each workshop participant had an opportunity to comment on a final draft of the report. While the essays reflect the unique perspectives of the initial small writing groups, the review process ensured that the final report represented each of the workshop participants' individual perspectives.