Developing and Sustaining Communities
across NSDL 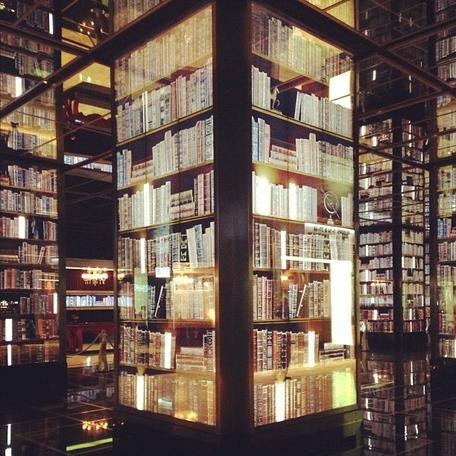 ×
NSDL has created and sustained several communities organized around STEM education that are primarily advanced through Internet technologies. However, the NSDL community learned that face-to-face and other forms of personal communication were critical to support the effort. Most members of the developer communities have extensive experience in scientific and educational associations and bring the traditions and cultures of those organizations with them. NSDL also attracted a large population of users who expressed interest in learning about and often actively engaging in STEM activities.

The idea of creating a community was a basic principle of NSDL. However, "community" is a broad term with many different connotations, depending on its context. Like "library," the word "community" can cause misunderstanding because of its variable meanings. Communities comprise individual members who join and participate for their own reasons; individuals create their own perceptions of the benefits the community brings to them personally and professionally.

Throughout NSDL's development, the question continually recurred: "What is the NSDL community?" Is it the group of technical developers and users working to improve the NSDL.org website interface; (2) the Principal Investigators and project staff funded through the NSF's NSDL program; or (3) all teachers and students involved in STEM education? The particular challenge for NSDL, as well as its strength, was that the vision of an interdisciplinary effort blurred the boundaries between previously disparate communities. NSDL development required technical, library, and education experts to work together across varied STEM disciplines and at all levels of the research and educational communities. At the same time, moving ideas and resources across the similar breadth spanned by the user community was a key library goal.

Ultimately, NSDL created and sustained several communities organized around STEM education that were advanced primarily by Internet technologies. However, the NSDL community learned that face-to-face and other forms of personal communication also were critical to the effort.

NSDL communities were large and small, divergent and convergent, and motivated by varied goals. Most were focused around specific tasks or projects, and many will continue to exist beyond the tenure of the NSDL program. Further study of these communities may provide fruitful advice for large-scale collaborations.

To describe NSDL's experiences in developing and supporting communities, it is important to clarify the characteristics of the communities involved. One important aspect is the level of engagement of their members. These communities tend to fit into one of three types:

Many educators using NSDL services did so only as "clients" of NSDL.org or one or more of the distributed NSDL resource libraries. However, some NSDL users moved beyond the role of library users to participate as members of affiliated Networked Communities. (For more information see Endnote 1: Levels of Engagement in Networked Communities.)1

Communities of practice typically share a common interest and interact on a regular basis to improve their knowledge or abilities (Wenger, 2006). Although networks of practice have some similarities, they tend to be broader and more loosely organized. (For more information, see Endnote 2: Communities of Practice and Networks of Practice Defined.)2

Because of their separate worldviews, integrating communities and networks of practice into organizational work can be a challenge. In distributed organizations such as NSDL and the widely dispersed, interdisciplinary, and collaborative network it involves, participants of these various networks and communities of practice need to establish common ground. In the NSDL experience, this work has not always been easy, particularly at the program level.

In general, a trade-off existed between the depth of knowledge available in individual communities of practice and the ease with which this knowledge could be shared and integrated across NSDL as an organization. Discussions of an "NSDL developer community" appropriately refer to an external perspective on an organization that shares a general, broad set of visions and goals. However, implementation of these visions and goals requires paying attention to the existence of the many disparate communities of practice within NSDL and the need for wider and substantial communication among them and the different organizational settings in which they are found.

Many NSDL projects were managed or carried out by faculty whose participation was, by necessity, part time. This circumstance meant that communication across the program was highly distributed, relatively sparse, and asynchronous. In many cases, it was not sufficient to support rich discussions among the different communities of practice. Thus, while there was strong evidence of an overall vibrant NSDL developer "community," there was also a risk of accepting at face value the implication that the NSDL community was homogeneous. Instead, significant effort was needed to maintain and sustain adequate and substantial communication.

1Levels of Engagement in Networked Communities

Participation of some educators in an NSDL networked community engaged them as members of a network of teaching practice&acirc;&#128;&#148;a set of relationships, personal interactions, and connections among participants that support learning, such as information flows, helpful linkages, and joint problem solving and knowledge creation (Wenger et al, 2011, p. 9). At a deeper level, participation in an NSDL networked community engaged some educators in an extended community of teaching practice, contributing to a shared identity around the roles, relationships and practices of teaching (Wenger, 2011, p. 9). Engagement with the development and support of NSDL collections helped enable groups of educators interested in a particular teaching area to form a community of purpose around improving teaching by drawing on the collection and its affiliated network of educators. In other cases, the NSDL experience helped build on an existing community of purpose formed around improving teaching practice to expand and deepen its activities and impacts, through new and extended uses of online resource collections and networked communities. For some individuals, this expansion of shared professional identity extended beyond their own teaching practice so that the NSDL experience provided the catalyst for developing a larger, collective intention to steward the domain of teaching knowledge and its affiliated resources and networked communities (Wenger et al, 2011, p. 9). The impact of the community of practice on professional identity is what distinguishes this level of engagement from a team or community of purpose that forms around a shorter-term goal (e.g., collection building) and is likely to disperse once that task concludes.

Communities of practice are "groups of people who share a concern or a passion for something they do and learn how to do it better as they interact regularly" (Wenger, 2006), which helps groups to share knowledge in organizations (Lave &amp; Wenger, 1991, 1999). Newcomers become members of a community of practice over time by learning what that community does. Experienced members of the community show the less experienced members of the community what it means to be a community member and guide them through the community's practices. As newer members can become more experienced, they can, in turn, induct newer members into the community. In NSDL, communities of practice could be based, for example, on various professional backgrounds and project responsibilities, such as educators, catalogers, web developers, and database and metadata developers.

Networks of practice have some similar characteristics to communities of practice (Brown &amp; Duguid, 2001), but "the term network...suggests that relations among network members are significantly looser than those within a community of practice.... Unlike in communities of practice, most of the people within such a network will never know, know of, or come across one another. And yet they are capable of sharing a great deal of knowledge." Examples of networks of practice include including occupations, professional associations, and academic disciplines. Brown and Duguid use networks of practice partly to analyze how knowledge can be hard to share among the different groups in an organization. There are different ways for organizations to prompt knowledge sharing. Hierarchical managerial control can be used but may inhibit innovation. Instead, Brown and Duguid suggest intercommunal negotiation and the translation of perspectives between networks of practice, for instance by boundary spanners&acirc;&#128;&#148;organizational members with backgrounds in multiple domains who can translate among those domains.