Feedback Loops can enhance or buffer changes that occur in a system.

Several examples are given here to help clarify feed back loops and to introduce loop diagrams. 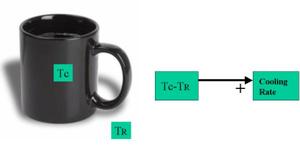 A positive connection is one in which a change (increase or decrease) in some variable results in the same type of change (increase or decrease)in a second variable. The positive connection in the figure below for a cooling coffee cup implies that the hotter the coffee is the faster it cools. The variables Tc and Tr are coffee and room temperature respectively. 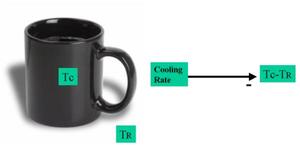 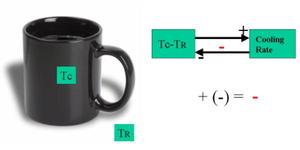 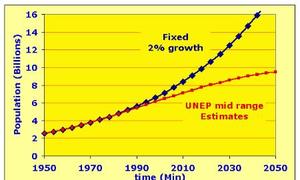 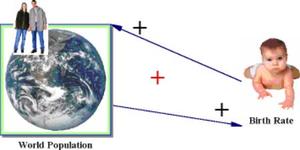