Systems can be modeled by understanding the connection between: The figure below shows an example of a system diagram for a simplified earth atmosphere climate system. Notice the sun cannot be in any feedback loop since it is external to the system, i.e. the earth cannot significantly influence what the sun does.

Can you explain why each arrow is a + or - connection?

How about why the red + and - signs for each loop are as shown? 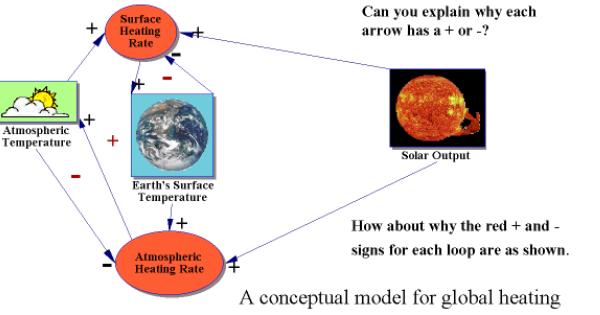 Daisy world is an imaginary planet that can help illustrate several important aspects of systems and possibly the actual Earth's climate system. These include: 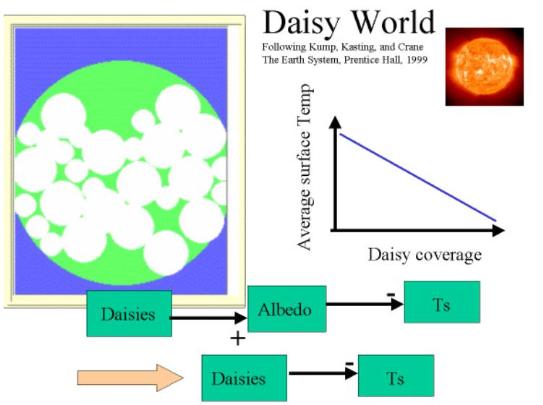 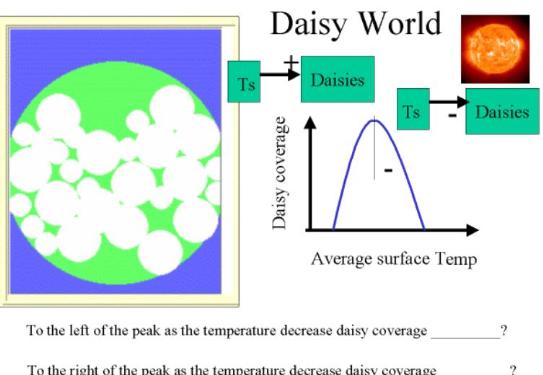 The assumed growth of daisies as a function of temperature is shown above. There is an optimum temperature for daisies. If it gets too cold or too hot they don't grow as well. Can you answer the two questions here? The figure below combines the last two figures. The intersection of the temperature vs. daisy coverage straight line with the daisy coverage vs. temperature growth relationship are graphical solutions to the two equations and hence are equilibrium states of Daisy World. The loop diagram on the left (corresponding to P1) is a negative feedback loop so P1 is a stable equilibrium, and the loop on the right corresponding to P2 is a positive feedback loop so P2 is an unstable equilibrium point. In fact any point to the right of the central hump would be unstable.

Repeat this question for the system starting at P1. 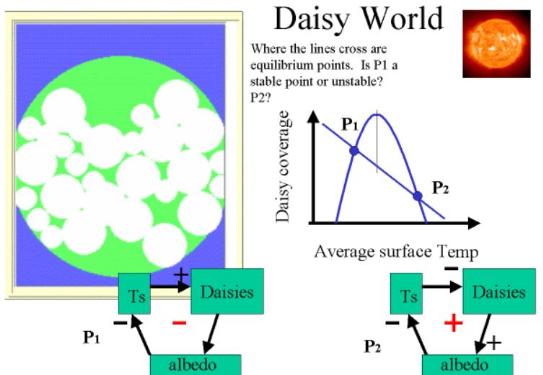 For more information/ideas go to A White and Black Daisy World Model with Assignment ( This site may be offline. ) {The model here works best on a PC type computer}