Using Environmental Issues to Explore the Earth as a System 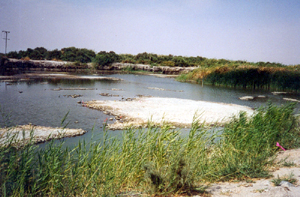 Just as journalists use "hooks" to attract readers to the text below the headline, scientific controversies in the popular press provide students lacking confidence in science with a foothold in the course-- they know at least something about the topic, what they have read in the papers. "Hooks" can draw in students and engage them in the exploration of unfamiliar science as they learn more about controversial subjects covered by the popular media:

More information and resources on why to engage students in the study of Earth system science from the Earth System module also in Starting Point.

Lectures and assignments for role-playing course Climate Summit Winter 2003 from University of California at Santa Barbara.