How do you know when you're in a drought?

Identifying an area as 'in drought' is different from identifying it as 'arid'. While the two may seem related, the subtle difference is important. Aridity is defined as the "degree to which a climate lacks effective, life-promoting moisture" (Glossary of Meteorology, American Meteorological Society). Drought, on the other hand, is 'a prolonged period of abnormally dry conditions.' Thus, aridity is a quasi-permanent condition (persistent over human timescales), while drought is a temporary condition (which may persist for weeks, years, or in some cases, decades). The Sahara Desert is an arid environment. The Hoh rainforest in western Washington State is a very humid place that occasionally experiences drought.

Droughts tend to be somewhat elusive phenomena, with severity gradually increasing over many days, weeks, months, or even years. The spatial extent of a drought is also quite difficult to delineate, due to the spatial variability in precipitation. Therefore, they are much harder to define, monitor, and identify (relative to floods) within the 'noisy' background of natural wet and dry cycles. Yet the impacts of drought can be significant on many facets of the economy and environment. All types of drought originate from a deficiency of precipitation from an unusual weather pattern. If the weather pattern persists for a few to several weeks, it is said to be a short-term drought. However, if precipitation remains well below average for several months to years, the drought is considered to be a long-term drought.

×
Figure 9. Drought drastically reduced water levels in Lake Stamford, Haskell County, Texas during the summer of 2013 reducing the volume in the reservoir to only 21% of capacity.
Source: Logann1 shared under Creative Commons Attribution-Share Alike 3.0 Unported license. 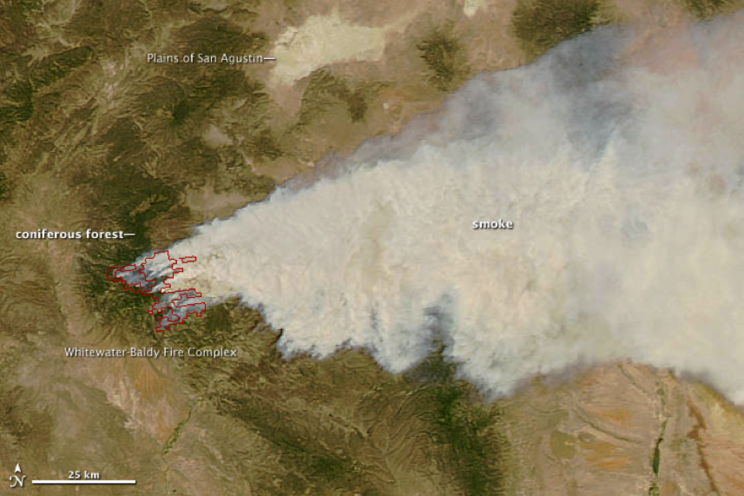 Related to the difficulty in defining drought, economic damages related to drought are also difficult to define. But only considering economic damages that can be directly related to drought, it is clear that they too can be costly natural disasters. In 2013, EM-DAT claims only 9 deaths worldwide that were directly attributed to drought (15 is global annual average from 2003-2012), but a total of nearly 8 million people were significantly affected by drought in 2013 (average is over 36 million per year from 2003-2012). Damages related directly to drought in 2013 were estimated in excess of $1 billion (average of nearly $5 billion per year from 2003-2012). However, these numbers do not include related effects of wildfire and indirect effects of decreased food production, water quality, etc.

Table SPM.2 from IPCC, 2007.
Recent trends, assessment of human influence on the trend and projections for
extreme weather events for which there is an observed late-20th century trend.

Table notes:
a See table 3.7 for further details regarding definitions.
b See table TS.4, Box TS.5 and table 9.4.
c Decreased frequency of cold days and nights (coldest 10%).
d Warming of the most extreme days and nights of each year.
e Increased frequency of hot days and nights (hottest 10%).
f Magnitude of anthropogenic contributions not assessed. Attribution for these phenomena based on expert judgment rather than formal attribution studies.
g Extreme high sea level depends on average sea level and on regional weather systems. It is defined here as the highest 1% of hourly values of observed sea level at a station for a given reference period.
h Changes in observed extreme high sea level closely follow the changes in average sea level. {5.5} It is very likely that anthropogenic activity contributed to a rise in average sea level. {9.5}
i In all scenarios, the projected global average sea level at 2100 is higher than in the reference period. {10.6} The effect of changes in regional weather systems on sea level extremes has not been assessed.

There are four different kinds of drought.

Go to the US Drought Monitor webpage and answer the following questions:

1. Is the place where you live currently in a drought?

2. Looking back through historical maps, when was the last time your home town was in a drought?

ANSWER: The answer to this question will be different for everyone. Write your answers down and be prepared to talk about it with the class if it comes up.