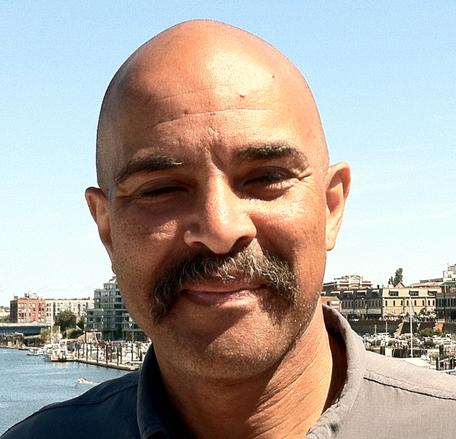 An elective for either environmental science or biology majors.


One 120-minute lab
session per week

Show the description of Renewable Energy and Environmental Sustainability

This course is designed to introduce a variety of sustainable technologies that are currently available. Students will learn the underlying principles behind solar energy, hybrid cars, energy conservation, and other recent advances. We will also explore the economic and environmental trade-offs associated with these technologies. Classes will include hands-on experiences, and we will use the learner-centered approach that minimizes lecturing and emphasizes student involvement and ownership.

The course was created to expose students to the different sustainable technologies available and to help them grasp the principles behind those technologies. The course was offered such that it could serve as a credit toward the general education requirements at the university and also as a program elective for students majoring in biology or environmental science. Some of the specific learning outcomes included students (i) learning how their lifestyle affected the environment, (ii) being able to describe the different types of alternatives to fossil fuel use, and (iii) understanding the trade-offs involved with those alternative technologies./p>

This course is designed to introduce a variety of sustainable technologies that are currently available and to help them grasp the principles behind those technologies. The course was taught as a two-hour laboratory course that met once a week. One course module was covered each week. While the course was open to all students, including non-science majors, and served as an elective for either environmental science or biology majors, most of the students that enrolled in the course were upperclassmen majoring in biology.

The students liked the hands-on activities and being able to collect their own data, which I think gave them a feeling of "ownership."

I used the InTeGrate materials as a course that was offered as a one credit hour laboratory that met for two hours once a week. It was open to all majors and served as a program elective for students majoring in biology or environmental science.

Relationship of InTeGrate Materials to My Course

The InTeGrate materials were used as a semester-long laboratory course during the spring semester. Because the course was open to both science majors and non-science majors, before we began the individual modules, I created an assignment that covered what science is and how it is conducted (this was more for the non-science majors enrolled in the course) What is science? (Acrobat (PDF) 560kB Jul31 16). Thereafter, I used the modules described in the course, but not necessarily in the order in which they are numbered. I shifted the modules to take advantage of good weather and move the classroom outdoors. I tried to remind the students that what they were learning during the laboratories had real-world applications and even had the potential of saving them money.

A Module-by-Module Breakdown of How I Taught This Course

Collecting data during each module was a critical part of the course. I would record all the data on the classroom board and briefly discuss it before the end of class. I feel this helped the students understand that every experiment has some variation associated with it (i.e. make the students more comfortable with the data) and that experiments do not always go as planned. It also was helpful if students missed a class because then I could provide them with the data and then they could write up the results.

Unit 2: Using Wind to do Work

I did not have access to sails, but used the web-based portion of this module where students learned what areas are amenable to wind energy. I also created a short presentation for the start of the class that helped generate discussion.

I ran this module as designed with the exception of using a solar cooker.

I was able to enhance this activity with real-time data from UMES' solar farm, where the outputs from it can be accessed via a web page.

The first time I ran the lab, I did it outdoors. The second time, it was a bit too cool to be outside, but I was in a lab with southern-facing windows and conducted it inside; this actually re-enforced how the concept of orientation of a building is used in passive design. Also at UMES we toured the new Engineering and Aviation Science building that incorporated several green technologies.

Unit 6: Energy from and to Earth

I ran this module as designed but was able to supplement it with some plate tectonic animations from my marine science course.

We did not have light readers for this particular module, so the students measured the temperature changes and then substituted the lumen ratings of the bulbs for the light readings.

This was an example of one of the labs where the variation in the temperatures was not what we expected, and that led to further discussions on how experiments are designed.

I only had a few students enroll in the course, so I was able to fit all the students into a colleague's Prius. If you cannot do that, there are some YouTube videos that may provide a similar experience.

Students also made their own fermentation bags following the methods at: https://www.glbrc.org/education/classroom-materials

This particular module needs to be set up at the beginning or mid-way through the semester for the composting worms to grow and create compost.

I think after taking this the course that the students realized that (i) there are real alternatives to current technologies that depend on the use of fossil fuels; (ii) that we have choices in how we live and those choices have environmental effects; and (iii) grasped the science principles that are the foundations for the technologies discussed. Some of the students really appreciated how what we covered in class could be applied in their lives (e.g. the payback period), and I think that connection helped the students learn the material.