Karen Kortz: Using Measuring the Earth with GPS in Introduction to Geology at Community College of Rhode Island 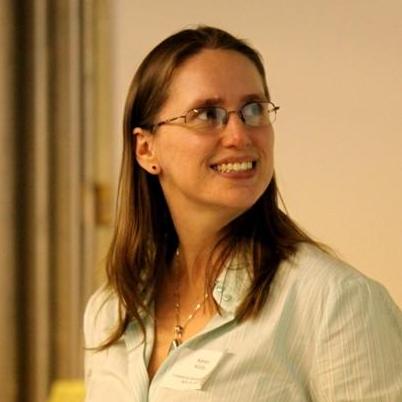 Provenance: Karen Kortz
Reuse: This item is offered under a Creative Commons Attribution-NonCommercial-ShareAlike license http://creativecommons.org/licenses/by-nc-sa/3.0/ You may reuse this item for non-commercial purposes as long as you provide attribution and offer any derivative works under a similar license.

Hide
This course investigates the planet Earth, explaining the geologic events and features through plate tectonics. Major topics included are the study of minerals and rocks; volcanoes; earthquakes; weathering and erosion; streams and floods; and groundwater.

Hide
By the end of this course, students will be able to...

This module was taught in an introductory geology class for non-science majors at a community college. The course includes a focus on how people affect Earth and how Earth affects people. The module was taught spaced out throughout the semester, taking up one 75-minute lecture and three two-hour labs.

"I felt that students became more confident in their skills at reading and interpreting graphs and applying their findings to solve real-world problems."

I used the module largely as written.

Primarily, I assessed students through the handouts for Units 2-4 they handed in during lab. Unit 1 (Introduction to GPS) was done as a lecture-long activity, and I did not separately assess it. Units 2-4 are each broken down into three parts. Although the grading looks intimidating, it is fairly quick. However, due to the number of students I was teaching, I made sure students completed all parts, but I selected some of the summary questions to grade for correctness, not just completion. For example in Unit 4 (GPS and Groundwater) I checked most questions for completeness, and then I graded for correctness (using the checkpoints or rubrics provided): Activity 1: Questions 9, 15, 17, and 18; and Activity 3: Questions 18 (table) and 22 (letter).

In addition to grading the handouts for Units 2-4, I included a few multiple-choice questions related to GPS graph-reading and interpretation on the first exam, and I included a long-answer GPS interpretation question (with the same write-a-letter prompt that students saw in each of the units) on the final exam.

I had wanted students to become more confident in their skills at reading and interpreting graphs and applying their findings to solve real-world problems. I feel that students definitely improved. Students in my classes had a wide range of quantitative skills, from struggling with reading graphical data to taking calculus, which made it challenging. Students were able to help each other out, but I think that the students who struggled with the GPS module the most were the ones that came in with the least comfort in quantitative skills. Students found these labs harder than most of their other labs, likely due to the high expectation of using quantitative skills and real world data, and they were mentally exhausted by the end of lab.

The similar structure and repeated use of GPS data with Units 2-4 were helpful for students. They definitely became more comfortable with working with the data, although not all students transferred their knowledge completely between modules. I did find that some students still lacked understanding basic principles (e.g. distance vs rate), but the repeated exposure helped most of them by the end. The modular nature added flexibility, which made it easier to incorporate into class.