This module has been implemented in a variety of courses, as described below. 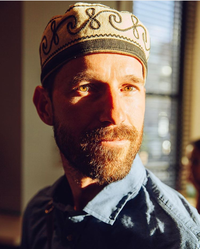 Provenance: Ben Crosby, Idaho State University
Reuse: This item is offered under a Creative Commons Attribution-NonCommercial-ShareAlike license http://creativecommons.org/licenses/by-nc-sa/3.0/ You may reuse this item for non-commercial purposes as long as you provide attribution and offer any derivative works under a similar license.
Benjamin Crosby, Idaho State University - Different elements of this module were used in three different courses:

GEOL 4450/5550 Field Geology at Idaho State University - In this example Unit 1 and parts of Unit 2 and 3 were used in a summer geoscience field camp over two days. The scope was probably overly ambitious but still resulted in profound learning by students and instructors as they resurveyed a earthquake leveling line from the 1980s.

GEOL 4407: GPS Applications in Research at Idaho State University - Unit 2, 2.1, and 2.2 were used over two weeks in a GPS/GNSS-focused academic year course (the equivalent of Unit 1 was covered earlier in the semester). The students used the same data sets, which were collected on campus, to learn about both measuring topography (Unit 2.1) and change detection (Unit 2.2). The first week they generated a topographic models from survey points they collected. During the second week, students differenced two topographic models collected and generated by student groups. Though the teams surveyed the same ground, differences in sampling technique resulted in measurable "changes."

GEOL 3315: Evolution of the Earth's Surface at Idaho State University - In this academic year geomorphology course, one week was devoted to students learning the basics of GPS/GNSS and kinematic systems in order to conduct a change detection analysis of a creeping landslide (Unit 2.2). Data from prior years (~80 monumented points, provided by the instructor), were compared against the same positions revisited this year. Given the limited time, the instructor processed the data to emphasize data analysis over GNSS data processing. 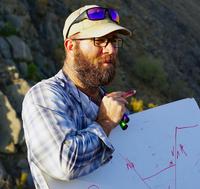 Provenance: steven skinner, California State University-Sacramento
Reuse: This item is offered under a Creative Commons Attribution-NonCommercial-ShareAlike license http://creativecommons.org/licenses/by-nc-sa/3.0/ You may reuse this item for non-commercial purposes as long as you provide attribution and offer any derivative works under a similar license.
Steven Skinner, California State University-Sacramento

GEOL 112 Geophysics For Geologists at CSU Sacramento - All module elements except Unit 2.2 were used in an academic year course for geology majors. The module elements were used throughout the semester with the timing of Unit 2/2.1 positioned to coincide with availability of GNSS survey equipment. The surveys were conducted on stairs and local river levees and the students gained strong insights in the challenges of topographic survey design.