Part B: Where Were the Trees of the Past? 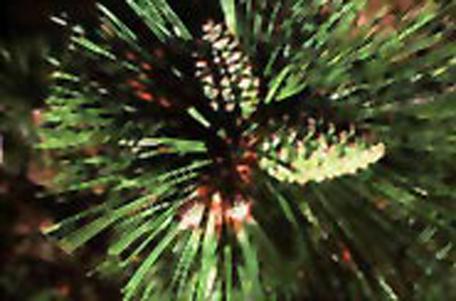 At the end of the last ice age—approximately 21,000 years ago—Earth's climate began a dramatic warming, causing the retreat of the great ice sheets across North America (and the rest of the globe). The emerging climate launched a major re-organization of both plant and animal species. This process of change, which lasted tens of thousands of years, is recorded in pollen sediment cores from lakes and other shallow and still bodies of water. You will learn more about these cores in Lab 6C, but first you will use an interactive map interface to step through the pollen records of the past.

Before you begin your journey, recall the biomes and climate zones that you studied in Lab 4. Two factors are important in determining where a tree, or other plant species, can survive: climate and soil type.

As the climate changed over the past 21,000 years, so did the abundance and distribution of tree and plant species. In this lab, you will observe the "migration" of the trees and consider how past tree distributions compare to modern tree distributions. Using this information, you will hypothesize the past climatic conditions of regions.

Pollen Viewer 3.2 is a JAVA-based Applet no longer works on most browsers. Below are two video animations of the running applet to use for this lab.

Take a moment to study the legend on the animation shown above. The number ranges shown in the legend indicate the percent of all fossil pollen (from the highlighted species, in this case, spruce) which was collected from the region during the given time period. For example, in the image, the locations of 21,000 year-old fossilized pollen from (Picea) or spruce are displayed, illustrating where spruce trees lived in this period of time, the end of the last Ice Age.

In the case of the spruce legend, the blue color represents the ice sheet. Grey shading indicates 0-5% of the total pollen found is spruce; dark green indicates 40-100% of the pollen is from spruce trees. Note that as you select different species the numbers in the legend may vary.

Play the animation to watch the change in fossil pollen distribution across a 21,000 year time period. The fossilized pollen is evidence of the presence of actual trees. These trees would have been present in the highlighted locations during the particular period of time. Notice the "migration" of spruce trees northward as the ice sheet retreats.

Use the time slider on the animation to move through the animation manually. Notice the change in the coastline as the North American ice sheet melts and the sea level rises.

Play the animation and watch how the maple tree abundance changed as the ice sheet retreated to Canada. As you view the map, answer the Stop and Think questions below.

You may want to refer to this online Atlas of the United States or your maps from Lab 3, to help you locate geographic boundaries.

Explore the change in several other plant species over time. Examine the similarities and differences of their behavior with respect to changing climatic conditions across North America. Do some tree species move around more than others?