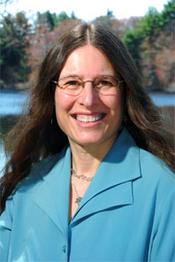 Tamara Shapiro Ledley is Principal Investigator for the NSF-funded Climate Literacy and Energy Awareness Network (CLEAN) Pathway, EarthLabs-Cryosphere, EarthLabs-Earth System Science, AccessData, DataTools, and Earth Exploration Toolbook projects. She has been involved in a range of Earth system science education activities that include developing museum exhibits that bring near real time images of the Earth to the public, directing teacher training programs in Earth system science, developing Earth system science learning activities for the GLOBE program, developing scientific research programs for the participation of students, and bringing scientific data into educational venues. Prior to her science education work, Tamara conducted a research program that focused on understanding the role of sea ice and continental ice sheets in shaping global climate on seasonal to ice age time scales. 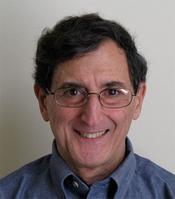 Nick Haddad is the current Project Director of the EarthLabs project and a senior curriculum developer at TERC, where he has worked since 2001. Recent work includes Project Director of the DataTools professional development project (NSF ITEST) and lead curriculum developer for the Inquiry Project and for the Focus on Energy Project (NSF DR K-12). Before joining TERC, Nick worked as a curriculum developer with the Educational Technologies Group at Bolt, Beranek, and Newman (Cambridge, MA). A former classroom teacher, Nick taught at the elementary and middle school levels for 24 years. He has a B.S in Structural Engineering from Tufts University and a Masters Degree in Education from Wheelock College. 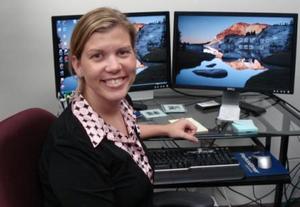 Dr. Karen McNeal, Assistant Professor at Mississippi State University, is Co-PI on the EarthLabs projects and lead of the research team. McNeal's research in geoscience education explores questions concerning the human understanding of complex and dynamic earth systems and their interactions. As such, her research related to the Earthlabs projects includes the study of student misconceptions of complex earth systems, the impact of the Earthlbas on-line curriculum on students' conceptual model development, and the evaluation of teacher professional development programs using the teacher-trainer model. 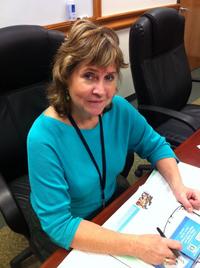 Kathy Ellins, the program manager at the Institute for Geophysics, University of Texas-Austin, is a co-Principal Investigator on a three-year NASA grant entitled, Earth System Science: A Key to Climate Literacy and an NSF DR K-12 grant entitled, Confronting the Challenges of Climate Literacy, both of which are led by Tamara Ledley. Kathy specializes in Geoscience Education and is the Principal Investigator on the TXESS Revolution project, an Earth science teacher development program funded by the NSF Opportunities for Enhancing Diversity in the Geoscience Program. Active in national Earth science education reform, Kathy has been involved in Integrated Ocean Drilling Program strategic planning, including education and outreach, for fifteen years, served on the IRIS Education Committee, the Earth Science Literacy Initiative Writing Workshop, and was involved in EarthScope education and outreach planning. She has provided K-12 earth science professional development in Texas for twelve years.

Erin Bardar, a curriculum developer at TERC, received her Ph.D. from Boston University in astronomy in 2006. As a NASA Graduate Student Research Program (GSRP) fellow at BU, Erin conducted research in astronomy education with a focus on student understanding of light and spectroscopy.

Erin is the primary curriculum developer for multiple EarthLabs modules. 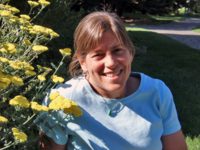 Betsy Youngman is a curriculum developer for a variety of educational projects across the nation. She has taught middle and high school science for 25 years, most recently at Phoenix Country Day School. Betsy has a master's degree in science education from Montana State University, where she focused on the use of geospatial tools in science education.

Betsy is a curriculum developer for multiple EarthLabs modules. 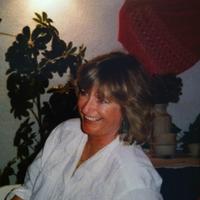 Candace Dunlap is a curriculum developer for the Earthlabs Climate Change module focusing on the carbon cycle. She taught high school Biology for twenty-eight years and was a K-12 Director of Math and Science and a Dean of Curriculum and Program before she retired from education. For more than ten years, she worked as a consultant for the NOVA program, reviewing and writing science lessons. Candace has a Master's Degree in Biology and History of Science from Harvard University Extension and a Master's Degree in Teaching and Learning from the Harvard Graduate School of Education.

Susan Lynds is a program evaluator and associate scientist at CIRES (Cooperative Institute for Research in the Environmental Sciences) at the University of Colorado Boulder. She conducts internal and external evaluation studies for programs funded by the National Science Foundation, the National Oceanic and Atmospheric Administration, NASA, the U.S. Department of Education, and the U.S. Department of Agriculture.

She is on the external evaluation team for one of the EarthLabs projects.

Cathy Manduca is the Director of the Science Education Resource Center at Carleton College where she is involved in a variety of projects that support improvements in geoscience and science education. Her work includes organizing workshops and other activities for faculty and educators of all types, developing web-resources that support educators, and researching how faculty and students learn. Much of her work contributes to the National Science Digital Library (NSDL). She is also the Executive Director of the National Association of Geoscience Teachers.

Sean Fox is the Technical Director at the Science Education Resource Center at Carleton College. He designs, builds, and runs the technical infrastructure that powers the Earthlabswebsite.

Sean has been a web site author and web server administrator since 1993. Sean worked closely with science faculty implementing a wide variety of computing technologies in support of curricular innovation and was part of a team nationally recognized for excellent faculty support.

John McDaris is a Geoscience Content Developer for the Science Education Resource Center (SERC) at Carleton College, and a curriculum developer for the EarthLabs Hurricanes unit. Currently, John serves as a primary contact for several SERC websites. He is also the Webmaster for the National Association of Geoscience Teachers website, and works with faculty editors on a number of projects to help move materials from inspiration to completion. John also builds new content related to geologic or natural disasters around the globe.

Lenni Armstrong collaborates with the EarthLabs curriculum developers to design and produce interactives and data visualization that help students understand difficult-to-grasp concepts about climate change. She has more than two decades of experience in producing visualizations for public science education, through her company, informmotion. Lenni's animations and interactives appear in TERC's Exploring Earth website, and TERC's Windows on Earth museum exhibits. She also does volunteer work as a climate activist with the Somerville Climate Action, and teaches a biomimicry class for Corvid College.

LuAnn Dahlman is the Founding Project Director for the National Model Earth Science Lab Course. She is currently a Communications Specialist with NOAA's Climate Program Office.

In addition to her role as Founding Project Director, LuAnn developed curriculum for the EarthLabs Hurricanes and Corals units.

Sabra Lee is an evaluator in the Program Evaluation and Research Group of Lesley University. She has worked on evaluation teams for a variety of educational programs in NASA's office of Space Science and for NSF programs. She has evaluated numerous programs in the arts, mathematics, and science education at the local, state, and national levels.

Ellen Iverson is an Evaluation Specialist and Programmer for the Science Education Resource Center at Carleton College. Ellen focuses on evaluating SERC's websites and programs, in particular the Starting Point project, is interested in how science faculty learn about emerging technologies and pedagogy.