What could be cooler than learning about the planet you live on?

Earth and Environmental science courses haven't always been taught as high-level science courses. The "Big 3" science classes—biology, chemistry, and physics—all have something interesting to offer, but they never pull it all together into a picture as big as our planet. Earth and Environmental science classes are about the real world. The activities in these modules will prepare you to understand data about Earth that will help you make informed decisions about the only home planet you'll ever have.

And why is Earth Science Important? Because we live on Earth.

The future of our planet depends on human abilities to understand Earth and manage its resources responsibly. Our ability to use water and energy, deal with natural disasters, and cope with the changes of with our warming climate all require a broad public understanding of how our planet works. 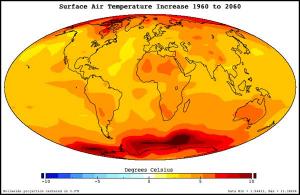 With global climate change as "the single most important driving force that will negatively affect the future of the human race unless we do something about it now" (Raven, 2006), Earth science is more important than ever. Research from scientific organizations affirm the likelihood of significant global warming over the next century (Intergovernmental Panel on Climate Change, 2006; National Academy of Science, 2001; American Meteorological Society, 2003; American Geophysical Union, 2001). Possible impacts include higher global mean temperatures, melting of polar ice, rising sea levels, greater extremes in weather, more severe floods and droughts, and disruption of ocean circulation patterns. 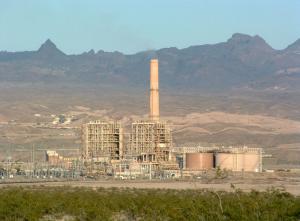 From energy and agriculture to manufacturing and construction, Earth and environmental science are at the core of billion-dollar industries. Energy issues—fossil fuels plus solar, hydrogen, and wind energy—are all rooted in Earth science. Earth and environmental science are also vital to national security and emergency preparedness. Recent severe hurricanes underscore the need to understand Earth's processes so that we can improve long-term planning and emergency response systems.

Finally, the view of our planet from space has transformed our understanding of Earth, revealing it as a interconnected system of processes. The availability of new tools such as Google Earth and Geographic Information Systems (GIS) give us all the ability to see our own world in new ways. Exploration of other planets, moons, and stars has also become practical; we can explore the distant reaches of the universe with images from the Hubble Space Telescope and spacecraft in orbit and on the surface of other planets.

These challenges and opportunities all underscore the need for students, the public, political and business leaders, and scientists to understand our home planet so we can manage its resources and prepare for its future, while we enjoy its beauty. The goal of the EarthLabs project is to provide engaging and rigorous experiences that move us toward a sustainable existence on this planet. The project is funded through an Environmental Literacy grant from the National Oceanic and Atmospheric Administration (NOAA).