This activity has been selected for inclusion in the CLEAN collection.

This activity has been selected for inclusion in the CLEAN collection.

This activity has been extensively reviewed for inclusion in the Climate Literacy and Energy Awareness Network's collection of educational resources. For information the process and the collection, see http://cleanet.org/clean/about/selected_by_CLEAN.

Carbon on the Move!

Part B: The Global Carbon Cycle

In Part A, you investigated how carbon moves through a forest carbon cycle. In this section, you will use a global Carbon Cycle interactive to investigate carbon's many pathways through the larger, more complex global carbon cycle. Understanding how carbon moves between land, oceans and atmosphere is key to understanding how our climate will continue to change. Before you begin using the interactive, watch the NASA video below "Keeping Up with Carbon." As you watch, make note of the role of the Biosphere in the global carbon cycle.

If the video does not play , watch here NASA | Earth Science Week: Keeping Up With Carbon - YouTube or on Vimeo Follow carbon through the global Carbon Cycle

Before you begin the global carbon cycle activity below, become familiar with the "The Carbon Cycle" interactive by clicking the orange and purple rollover buttons and making note of the different types of background information that pop-up. You will be using important information in the pop-up windows to identify and describe two different carbon pathways through the global carbon cycle. Here are some hints to help you use the interactive: 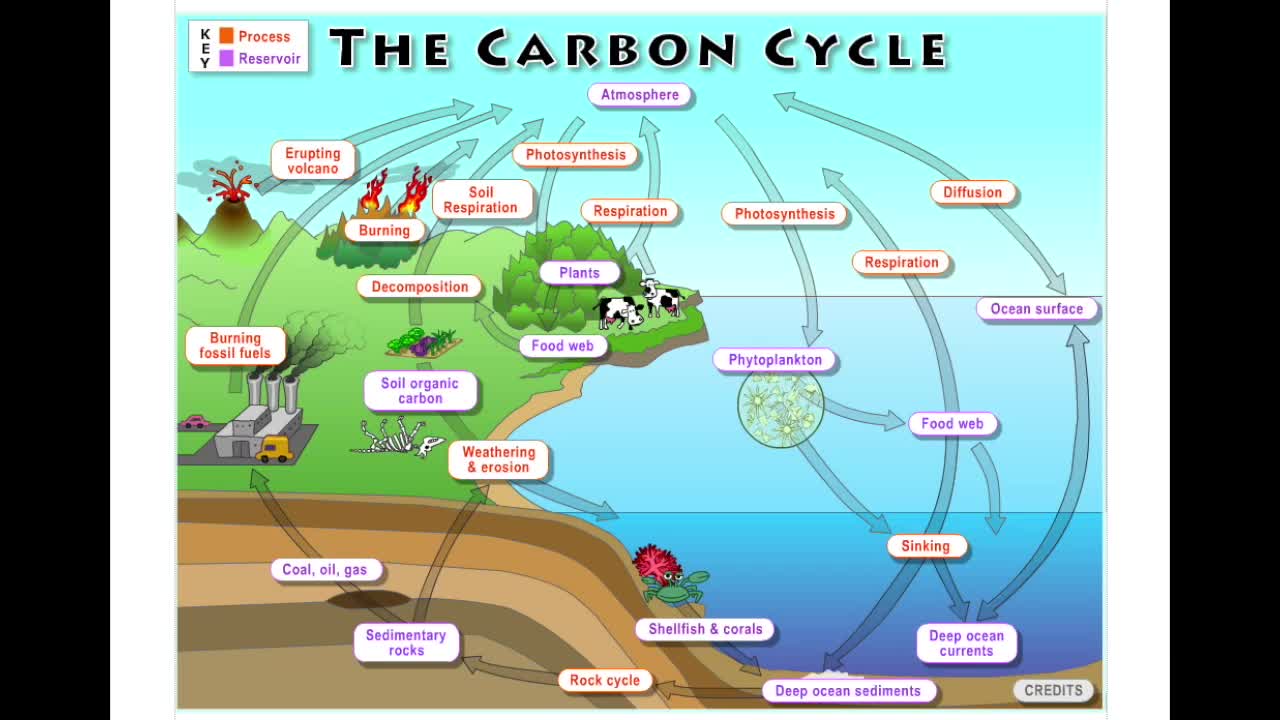 *This video replaces a Flash interactive. Play, pause, and replay the video as necessary to view the reservoir pop-ups you need.

EarthLabs
To view this interactive on an iPad, use this link to download/open the free TERC EarthLabs App.
Now that you are familiar with using the carbon cycle interactive, you are ready to start the global carbon cycle activity.

In this group activity, you will identify and describe two different carbon pathways that carbon can take through the global carbon cycle. Here are four general rules you must follow:

Show me materials needed for this activity 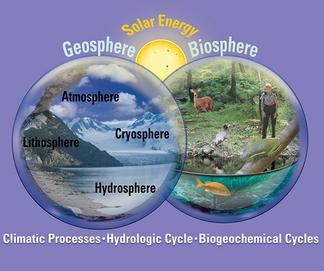 Provenance: USGS
Reuse: This item is in the public domain and maybe reused freely without restriction.
With your partner or group, follow the steps below for each of your two carbon pathways. Be prepared to present your fast and slow carbon pathways to the class or another group.

After your presentations, discuss the following with the class:

Want to learn more about the global carbon cycle. Check out these resources below: