Carbon on the Move!

Part A: A Forest Carbon Cycle

In Lab 1, you learned about the molecular nature of carbon compounds and the carbon cycle, and its relationship to other biogeochemical cycles such as the nitrogen cycle. In this Lab section, you will learn how carbon compounds move throughout a terrestrial and aquatic food webs. Then, you will take on the role of a carbon atom moving throughout a Lodgepole Pine forest ecosystem.

Organisms in food webs pass the carbon on

The global carbon cycle cannot exist without plants and the food webs they support. As autotrophs organisms capable of synthesizing their own food from inorganic substances using light or chemical energy; green plants, algae, and certain bacteria are autotrophs. , plants make their own food in the form of glucose sugar. Heterotrophs organisms that cannot manufacture their own food and instead obtain their food and energy by taking in organic substances, usually plant or animal matter; animals, protozoans, fungi, and most bacteria are heterotrophs., like ourselves, do not photosynthesize and so must find and eat food made of carbon compounds such as proteins, carbohydrates and lipids. Heterotrophs break these complex organic carbon compounds down into smaller molecules and use the carbon atoms to biosynthesize new organic carbon compounds.

Soil microbes, the smallest organisms in the food web, have one of the most critical roles in transforming and moving carbon compounds through food webs and ecosystems. Their role is threefold: 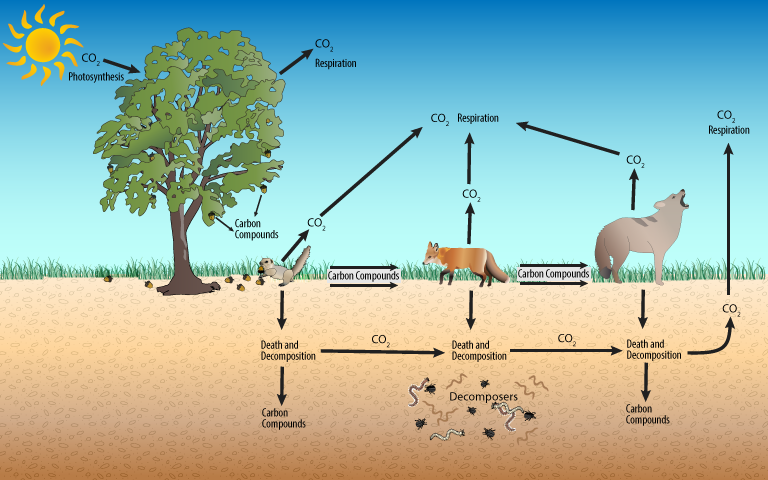 Provenance: Valerie Martin, TERC
Reuse: This item is offered under a Creative Commons Attribution-NonCommercial-ShareAlike license http://creativecommons.org/licenses/by-nc-sa/3.0/ You may reuse this item for non-commercial purposes as long as you provide attribution and offer any derivative works under a similar license.

Check your understanding of how carbon moves through food webs by answering the questions below. Select all the answers that are correct and then click the Check Answers button at the bottom of the list.

1: Examine the Terrestrial Carbon Cycle food web diagram again. Describe how the carbon atoms in carbon dioxide molecules originally found in the atmosphere can end up in a coyote. Use a diagram to help you explain your answer if you need to. 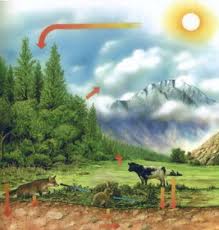 Activity instructions:
Your teacher will set up the stations and tickets for the Lodgepole Pine Forest carbon cycle game. The stations you see posted around the classroom represent reservoirs of carbon typically found in a forest ecosystem. For example, if you are at the "ATMOSPHERE" station, then you are a carbon atom in a carbon compound currently stored in the atmosphere reservoir. Carbon can stay in these reservoirs for shorter time scales (minutes, days, months, decades) up to longer timescales of hundreds, thousands and even millions of years.

Key questions for this activity are:

Show me the materials needed for this activity

Your teacher will provide the following materials:

As a class, discuss:

Next watch the short animation Carbon Dioxide and The Carbon Cycle 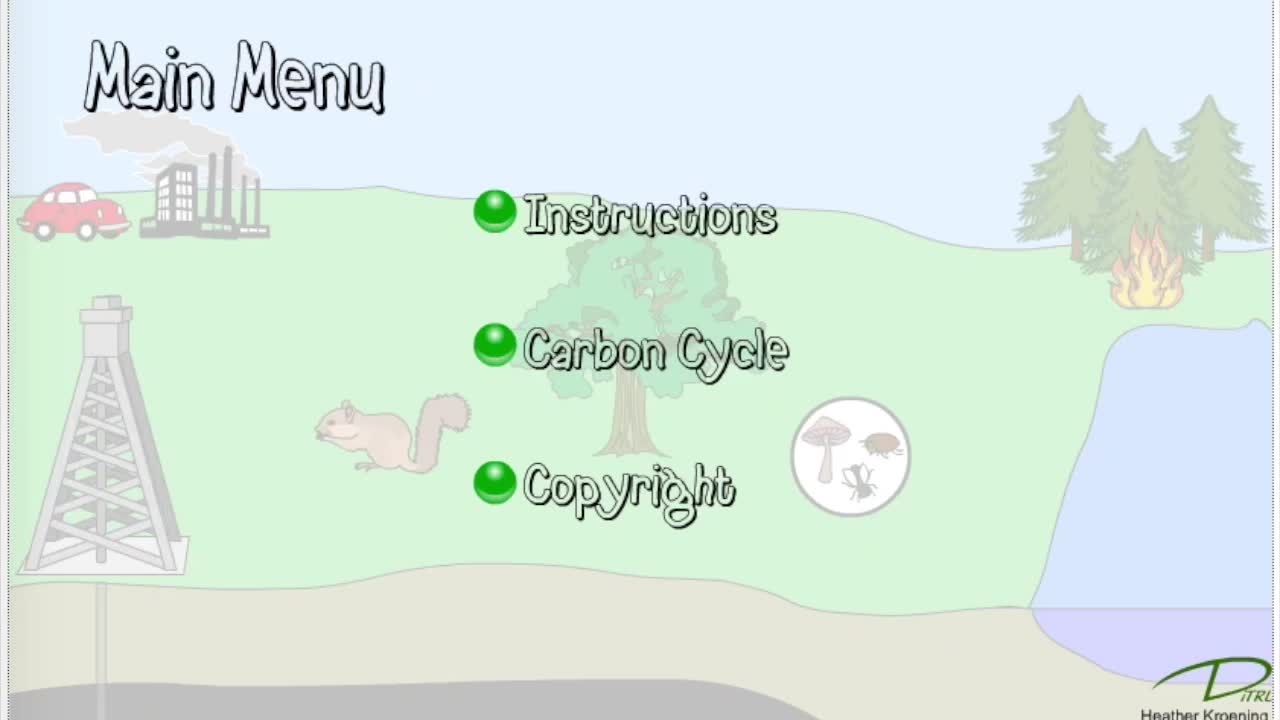 Carbon Dioxide and the Carbon Cycle Heather Kroening, Bio-DiTRL, University of Alberta
Spend some time following the carbon dioxide molecules as they cycle through the various carbon reservoirs. Note that the combustion of fossil fuels and wildfires also adds carbon to the Lodgepole Pine forest carbon cycle. Finally, answer the Checking In questions below.

Large amounts of carbon can move between reservoirs each year 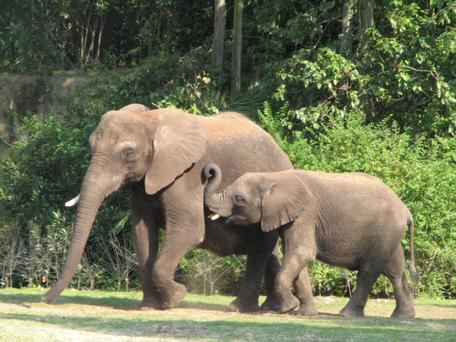 ×
The average mass of an Asian elephant is 4 metric tons. Source: Wikicommons.

Carbon reservoirs can be carbon sinks or carbon sources

Show me key ideas to remember about carbon sinks and sources

Examine the amount of gigatons of carbon moving into and out of the atmosphere in the global carbon cycle image above and then answer the Checking In questions below.

A carbon cycle out of balance?

1: Does the carbon cycle in this diagram appear to be in balance or out of balance? Use specific evidence from the diagram to support your answer.

2: Imagine that we could go back to pre-industrial times, before fossil fuels were being burned for energy. Would a pre-industrial carbon cycle be in balance or out of balance? What makes you think so?

Want to learn more about ecosystem carbon cycles, carbon sinks and sources? Check out this resource below: