How do Seismic S-wave velocities compare at different depths? Examine 2 depths of waves, at 28 km and 100km, to get a sense of their velocities. 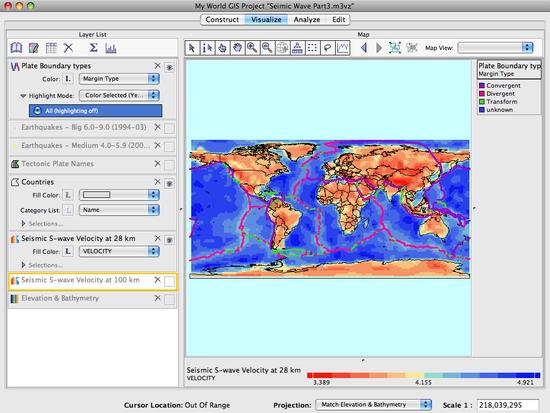 Hide
The yellow line represents the selected data that will be graphed. 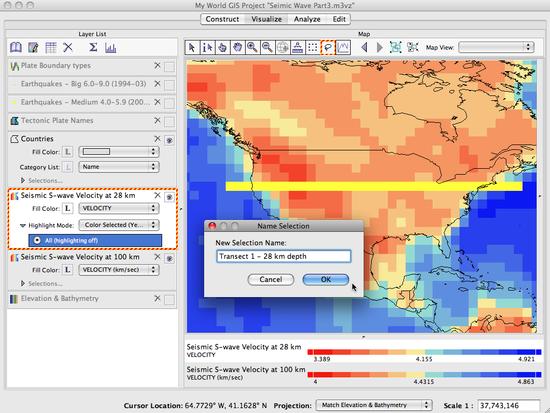 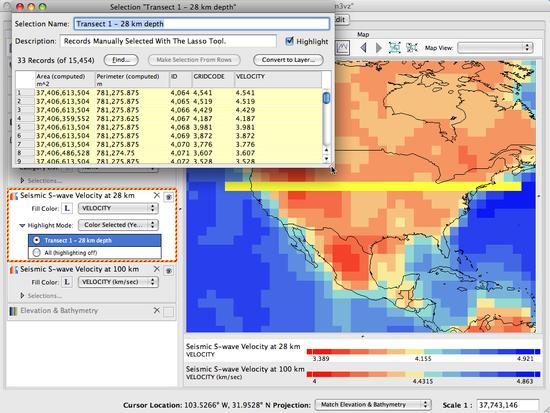