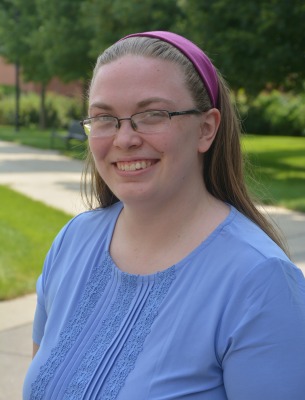 ×
A headshot of Jessie Oehrlein, a white woman faculty member, standing outside on the Fitchburg State campus.

Reuse: This item is offered under a Creative Commons Attribution-NonCommercial-ShareAlike license http://creativecommons.org/licenses/by-nc-sa/3.0/ You may reuse this item for non-commercial purposes as long as you provide attribution and offer any derivative works under a similar license.
Applied Statistics
Lecture Course
Introductory Undergraduate
Non-Majors
25
students in the course

Syllabus: Our society is generating an increasing amount of data, and there are many questions we would like to use that data to answer. Who will win an election? What should an athlete focus on to improve? What are the biases in a particular process? How do businesses use survey results to make decisions? Does a new medical treatment work? Statistics is the science that allows us to make sense of data and tackle a wide variety of topics like these. This course focuses on the key tools you need to understand and use the quantitative information around us to answer real questions.

My course is a hyflex introductory statistics course that meets a general education quantitative reasoning requirement. I incorporated the EDDIE Climate Change module as (a) an in-class case study following a guided inquiry introduction to correlation and regression and (b) an introduction to doing bivariate numerical data analysis using technology. This adaptation was designed to focus on methods of data analysis and interpretation, in line with the quantitative reasoning goals of the course, with the particular content serving only as a case.

Jump to: Course Context | Teaching Details | How It Went | Future Use

Relationship of EDDIE Module(s) to my Course

Bivariate numerical data was the second-to-last topic in the course and a significant change from the mostly-univariate work students had done previously. The EDDIE module followed a review activity on linear equations in the corequisite section and an inquiry-based introduction to correlation and regression ideas in a 75-minute session. The EDDIE module was planned to take one 75-minute session but actually took one 75-minute and one 50-minute session (for individual data analysis work and full-group debriefs of each section). After each class meeting, students completed a reflection survey; the survey following completion of the EDDIE module included a substantial check of understanding.

The EDDIE module was used as in-class activity in both a lecture section and a corequisite section. The original module's Part C was entirely omitted. Parts A and B were split into three parts overall, with minor modifications to support statistical reasoning and for the use of Google Sheets. Students were provided with the data instead of being asked to download it, and I updated data to 2021.

How did the activity go?

Having students make scatterplots with trendlines for the first time in-class where I could help (or they could help each other) with debugging was really important! Even for students attending remotely, seeing their work in real time on shared Google Docs let me give feedback and intervene early if needed. This activity prepared students well for the third course project, which focused on doing a linear regression using similarly-scoped real datasets.

The main real time adjustment was cutting down what sections we debriefed on the first day of working through the EDDIE module (what I had initially planned as the only day of individual student work on the module). We debriefed only the modified first section. Students then had more time to work in the next class period, a support/corequisite section, and we debriefed the second and third portions there. Some students still didn't make it through the third section, but they were able to get the main ideas of the activities.

Students came away with a solid basic understanding of linear vs. nonlinear, weak vs. strong, and positive vs. negative relationships. They could make predictions using the regression line. By the end of the activity, they were generally confident in making scatterplots with trendlines. Most had some (though not a fully-developed) understanding of correlation vs. causation.

Students struggled with the meaning of R2, and after R2 was introduced (and reported by software), it seemed to destabilize their understanding of R a bit. Students also struggled with describing the units of slope, even when they could explain what the slope meant.

This instructor story and adaption materials were developed during a Project EDDIE Faculty Mentoring Network in partnership with QUBES in the Spring of 2022.

I would use this activity again, but likely with more regression inquiry outside of the activity first to separate that cognitive load from the figuring out technology load of this activity.

I would definitely plan more time for the EDDIE activity in the future, at the very least a 75 minute + a 50 minute session like I actually used here.

My thinking for resolving the R2 and R confusion moving forward is to separate them much more as concepts by introducing regression beyond simple linear regression early, using a multiple linear regression framework from the start (kind of my ideal!) or talking about curve-fitting more broadly from the start. This would also involve giving students a way to calculate R with technology that isn't taking the appropriately-signed square root of R2. The relationship between R and R2 could then be a special case: "Hey look, if we're doing simple linear regression, this thing really is the square of this other thing!"
What this would likely look like, if I did lead with MLR in general and then specialize to SLR, is one class day on scatterplots and correlation, one day introducing regression, and then two days on the Climate Change module. It would be nice to have a similar MLR case study (or to actually add in another variable here, like I discussed for a while), but in terms of scope it might be better to stick to interpreting MLR but doing SLR.

I tried to use this as an opportunity to talk about the assumptions around residuals for doing linear regression. I did that only in the full-class portions, though, not incorporating it at all into the students' activity. If I were to do this again and thought that discussion was important, I think it would need to be more fully incorporated, perhaps by having students do the quadratic regression where appropriate.