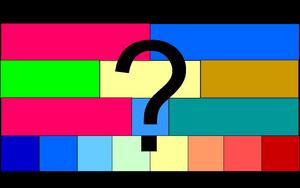 I'm preparing my syllabuses (syllabi?) for the coming academic term, which gave me reason to reflect on the pros and cons of academic calendars based on different lengths of the academic terms. Typically an academic year will either encompass two semesters with a 15 week term (+/- another week for exams) or three quarters with 10 week terms. Many institutions will also schedule an additional short term (e.g. a 4-1-4 monthly schedule for the academic year) to provide the opportunity for focused, immersion-type educational experiences (e.g. many liberal arts colleges), and some institutions have adopted the "block plan" in which students take a series of up to 8 classes, one at a time in a series of 3-4 week blocks of instruction (e.g. Colorado College, University of Montana-Western). Given this array of academic schedules, I wonder: what is the experience of faculty, good and bad, that result from these various academic terms, and, is there sound pedagogic research that speaks to the effectiveness of these various academic calendars? What advice can you offer about how we can come to terms with the possibilities and limitations of academic terms?

I have taught in both the quarter and semester schedules at my home institution. We made the switch from quarters to semesters over a decade ago. The quarter system was a hold-over from our agrarian roots as a land grant institution. For practical reasons, students were needed to bring in the harvest so a late September start of the academic year was really required. (These days, this is less of a consideration, but we still have a significant number of students we must accommodate who will be fighting late-season forest fires). The first quarter started in late September and ran up to the holiday season. The second quarter started at the first of the year and ran to spring break in early March, and the last quarter ended in late May. The decision to change to the semester system was made for administrative and economic reasons: it was determined that it would be administratively easier and would result in economic savings to only have two periods of registration and final examinations. As far as I can tell, there was little justification for the switch based on curricular design or student learning outcomes. Of course, the entire catalog of courses had to be re-written, and faculty time required to redesign all curricula and courses to meet the new schedule was completely discounted in the calculation of savings to the institution.

Initially, I was OK with that. Given the longer academic term I had high hopes of being able to engage more "enrichment" topics within my classes—opportunities to dig deeper and really explore the inner workings of the topics of my classes. In reality, I found that I actually spend more time on remediation. If students don't "get it" in the first pass, I've allowed the class schedule to slip a bit and we go over the same material again (and again, perhaps in different contexts) in hopes that we can gain some level of mastery so that we can move on. In reality, I'm probably still teaching a quarter's worth of material but now expanded over a full semester.

If I had the opportunity to go back to the quarter system I certainly would. The quarter system gives students greater flexibility in their schedules to choose from a larger array of courses to meet their interests and needs. The quarter system gives faculty greater flexibility in designing courses that meet specific curricular needs. Quarter courses that had to be merged to create a single hybrid semester course often do not provide balanced coverage of the extended topic. It is also easier to obtain a leave of absence for a quarter than a semester if a special opportunity presents itself (e.g. a chance to go on a research cruise or go to Antarctica). There is a certain fatigue factor: after about 12 weeks I've been worn down and am a bit weary of the subject and tired of the students—and I'm sure they feel the same about me. A new quarter provides the opportunity for a fresh start for all. In terms of the academic calendar, here in Montana we now start classes at the end of August, so we've given up our glorious autumn season which is the best time to do field work. In return, the school year ends the first week of May, which is typically wet, cold and slushy and virtually impossible to do field work. I would love to have the opportunity to teach a short term, immersion course at some time but when I made that suggestion to our "core curriculum" committee years ago I was disinvited from attending further meetings.

So, I'm writing this blog (being displacive and not quite ready to finish my course syllabus) wondering what your experience has been in these various academic systems, and if there is really a sound, evidence-based justification for either the quarter or semester (or other) academic schedules.

Hi Dave, Your experience that the change of academic calendar from semester to quarters was not grounded in evidence-based considerations of student learning reminds me of what I have heard about the invention of the "middle school" in K-12 education. Our parents' generation went to primary school, then perhaps to high school, no "middle school." Then along came the baby boomers, and schools across the country were bursting at the seams. The most economical solution was for a school district to build one new school building, and move the oldest kids from the elementary school and the youngest kids from the high school into the new school, and call it the middle school. This solution played out in district after district around the nation, until middle school became accepted as the norm. Sometimes you hear middle school administrators talk about how this special age range needs special teachers and facilities--but I've been told that is entirely a post hoc rationale dreamed up to justify what was basically an budget-driven planning decision. I don't think middle school has worked out very well as a pedagogical device.

1) My father was a faculty member at Temple University and I remember my astonishment when I found out that the fall and spring semesters there were different lengths (this was in the late 70's or early 80's; I don't know if it is still true). My father just shrugged this difference off. As an instructor, I would find it very disconcerting now.

2) Penn State, one of my alma maters, switched to 10-week terms in the late 50's. (These were not exactly quarters in Mogk's sense because PSU still gave semester hour credit.) The rationale was that students would no longer take summers off and that enrollment would be roughly even throughout the year. This never happened and in the mid-80's, Penn State switched back to semesters.

One advantage to Penn State's schedule, in which the winter term started after Thanksgiving, broke for Christmas, and finished in late February was that some geologists, such as Lauren Wright, could conduct fieldwork in hot places (e.g. Death Valley) in the winter and not have troubles teaching in two semesters.

3) UNC-Pembroke, where I teach, shortened the semester by a week about three years after I was hired (i.e., about 7 years ago). This was a great annoyance to me because I had become comfortable with the material I covered in the intro courses and I had to take a week out. The explanation was that at some earlier time, the semester had been lengthened by a week as a CYA-gesture involving the state legislature or some other authority (?) and that various senior personnel were annoyed by this and took the first opportunity to go back to the previous length.

In brief, I don't think pedagogic value plays a large role in selection of an academic calendar. It may well be unreasonable to expect so given the large number of other drivers (political, accreditation, "tradition", various budget points of view, disciplines in which seasonality is irrelevant).

I admit I just take the calendar for granted, just as I just accepted without question, when I worked in oil company research, that our monthly timesheets ran from the 20th of one month to the 19th of the next.

Comment for Kim: I went to K-12 in a 6-3-3 system (elementary, junior high school, high school) and so did everyone else I knew. (I graduated from high school in 1976.) That came between the grammar-high school (8-4) of long ago (actually, I think my father went to a junior high school in the 1930's) and the elementary-middle norm of today (here in NC and also now where I grew up, a 5-3-4 system). The shift to middle schools started after that and I also heard that it had more to do with fiscal matters than anything else, but there are fashions too.