What should we teach undergraduates about plate kinematics now, a half century after the revolution? 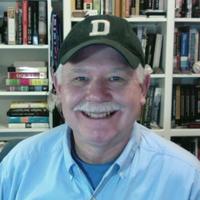 Vince Cronin, Baylor University
Much of what is presented in undergraduate textbooks about plate kinematics represents a first-generation model from the early-1970s. In some cases, obsolete ideas (expanding/contracting Earth, geosynclines, whole-mantle convection cells moving plates around like packages on a conveyor belt, etc.) are taught to provide historical context before introducing more current ideas, but this is a deeply problematic strategy. Given that the typical student knows little or nothing about the topic, they tend to absorb incorrect information taught first -- the first ideas about the topic they learn -- making it difficult to displace these abandoned ideas later. Students often emerge from this style of teaching with persistent misconceptions as they mash together the chaff (disproven ideas) and the wheat (our best current understanding).

Our current understanding of lithospheric kinematics reflects more than a half century of thought as well as displacement/velocity data from GPS, VLBI, and other technologies that are expressed in carefully defined reference frames. Recognizing that much of the target audience is populated by undergraduate students whose mathematical comfort zone does not extend much beyond arithmetic and a little bit of plane geometry, this topic can be challenging. However, it also provides a great opportunity to introduce ideas about the vectorial description of displacement and velocity, as well as the idea of reference frames. Once introduced to describe plate kinematics, vectors and the related idea of flowlines can then be used later in a general geoscience course to discuss the flow of groundwater, streams, wind, hydrocarbons, magma and ejecta from volcanoes, and so on. Helping students build relevant mathematical skills is part of a geoscience educator's job.

What are your ideas about what to include in an up-to-date introduction to plate kinematics in undergraduate geoscience courses?
« View More Poster Sessions