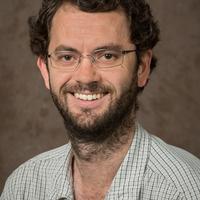 The Rendezvous demonstration will focus on the second part of the jigsaw, where teams recombine to reconstruct tectonic environments and geologic histories.

Before coming to class students watch short videos about each of the three rock groups and take a short online quiz.

In this jigsaw-style in-class activity students first work in small groups to learn how either igneous, metamorphic, or sedimentary rocks can be used to reconstruct past tectonic settings and/or depositional environments through readings and short answer questions.

In the second part of the activity new groups form containing at least one member with a specialty in each of the three rock groups. In these new groups, students use geologic maps and cross sections, stratigraphic columns, and reports to investigate the geology of 2 - 4 regions and reconstruct the tectonic setting represented by each.

After completing this activity students should have a better grasp of how and where rocks form and how different rock types and associations of rock types can be used to infer the geologic history of an area.

This activity is used as an in-class assignment in large enrollment introductory courses (Physical Geology as well as Geology of the National Parks). The target audience is non-major, introductory geology students who may or may not be concurrently enrolled in a traditional laboratory section.

The activity promotes teamwork and collaboration, as well as an opportunity to analyze and synthesize real geologic data to make interpretations, just as practicing geologists do everyday.