Incorporating an Augmented Reality Sandbox in an Online Geology Course 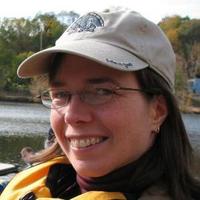 Katherine Ryker, University of South Carolina-Columbia
Learning in the geosciences requires students to use spatial thinking, including tasks such as making and interpreting geologic and topographic maps (Kastens and Ishikawa, 2006). The ability to think critically about spatial problems has been identified as one of the key skills of geoscience graduates (Mosher et al., 2014). It is also a challenging area for many students (Ishikawa and Kastens, 2005). The Augmented Reality Sandbox (ARS) is a 3-D model that allows students to see how contour lines change in real time as the surface is changed, thanks to software developed by Oliver Kreylos (2016). In addition to positive reactions from students (Woods et al., 2015), Giorgis et al. (2015) hypothesized that the ARS is a more effective tool for teaching topographic maps than traditional 2-D activities. As part of a larger study investigating the effectiveness of using an ARS in teaching topography, we are testing whether online students, who will not be able to freely interact with the ARS, would still benefit from seeing an ARS in action. Geology of the National Parks is a general education course predominantly offered online which includes an online laboratory component. This lab relies heavily on topographic maps to demonstrate the variation in land surfaces at the different parks, which in turn, reflects the underlying geology. A solid understanding of topographic maps, therefore, is crucial for students to truly succeed in the laboratory component of the course. In the past, students have been instructed on topographic map use with written text and short video segments. For the summer 2016 course, additional videos demonstrating topographic concepts using an ARS were developed and integrated with the traditional course materials. Here we present a comparison of student performance on topographic map interpretation questions between students in previous sections to students in the Summer 2016 section.
Incorporating an Augmented Reality Sandbox in an Online Geology Course (PowerPoint 2007 (.pptx) 5.8MB Jul20 16)