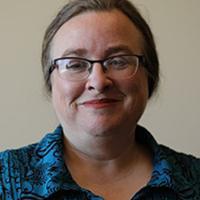 Sharon Browning, Baylor University
Students participate in a field trip to a local dammed river and associated lake (Waco Lake, Texas) managed by the Army Corp of Engineers for flood control and the municipal source of water for Waco, Texas. Evidence for lake level changes in the past five years is identified by direct observation and previous photographs taken at the site. Monthly lake levels and precipitation data from January 2010 through October 2015 are downloaded from NOAA and the USGS for comparison and interpretation with student observations. Specific goals include the identification and correlation of low and high water levels with precipitation totals as well as the correlation of previously taken photographs with lake levels. In addition, students consider and discuss effects of management practices of the Army Corp of Engineers on lake level response. As an extension, students also download monthly gauge levels from the nearby Brazos River for the same time period for interpretation and comparison to both the precipitation data and differences in river response versus lake level response. This activity is designed for an intro-level geology lab course and is populated by predominantly non-science majors fulfilling a lab science requirement. It is presented during a lab on surface water and requires students to be familiar with Microsoft excel and general river processes. Downloaded data corresponds to the current semester, and is updated as necessary.
« View More Poster Sessions