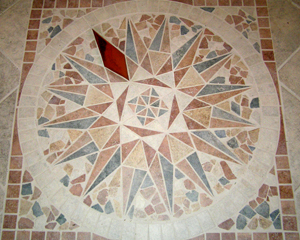 A strong department has a unified vision and a plan for achieving it. The resources and references below will help you to understand why and how to lead your department in developing a vision and implementing a plan.

Why Do You Need to Do Strategic Planning?

Geoffry Feiss, past Chair of the Geology Department at the College of William and Mary and past president of the National Association Geoscience Teachers, gave the opening remarks at the 2005 Workshop Developing Pathways to Strong Departments for the Future. In this essay, he shares what he has learned as a chair and a dean, urging departments to control their destinies through strategic planning. If you don't, he cautions, the costs can be catastrophic. If you do, the benefits can be equally significant. Though Dr. Feiss's remarks come from the perspective of a geoscientist, his insights are applicable across disciplines.

How to Get Your Department Engaged in Strategic Planning

Dr. E. Scott Bair at The Ohio State University developed a powerpoint presentation about his experience introducing effective departmental retreats into the culture of his department. The link above takes you to a webpage version of his presentation. The webpage also includes a link to download his original presentation.

Dr. David Jon Furbish delivered this talk at the 2005 AGU Meeting. As he states, "The health and stature of an academic department are strongly influenced by how its vision and mission mesh with those of the college/school and university."