Geoscience Departments: Developing Pathways to Strong Programs for the Future 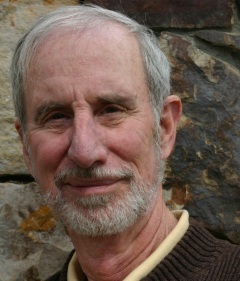 
This title was assigned by Cathy Manduca. An earlier discussion when we discussed my making welcoming remarks, I came up with the alternative title: "What can departments do to save themselves?" Thinking more about using that title made me realize that it sounded too much like a neoconservative solution to unwanted pregnancies. I'm not sure saving ourselves is the right phrase for geoscience departments, unless we are referring to not getting screwed by the administration.

So, the "View from the Top" it is, but "Top" is certainly not meant here in terms of status. Rather I am thinking in terms of my being at a place in my university where most of the external and internal pressures come to rest as they impact the academic life of this College. There is almost nothing in the realm of budget, resource allocation (space, people, money, capital projects), political pressure, color of the diploma portfolios, parental complaints, law suits, or institutional aspirations that does not move across my desk, sometimes sticking there for way too long.

Much of this gets passed on to deans, sometimes with guidance and sometimes without, and some I try very, very hard to keep from the levels above me or adjacent to me in the interests of preserving faculty governance, quality of research and scholarship, and curricular integrity. I spend an inordinate amount of time as an ambassador from the land of scholarship, teaching, and intellect to the adjacent principalities of political affairs, public relations, athletics, finance, administration, development and alumni affairs, and student life.

This lends me one perspective among many, not necessarily the best perspective, but perhaps one that you don't get to hear too often uncluttered by all the conditional phrases and weasel words that administrators are so adept at using. How many of you have received the memo that begins: "Thank you for sharing your candid views on this very complex and perplexing matter." Did you know that this means: "Butt out; I haven't a clue what to do?"

I became interested in the future of geoscience departments when I became chair of one. It was 1989. We were a few years post-oil boom and the demand for graduates in the energy and mineral business was tanking. The Recession of 1990 was just taking hold and state funding of higher education began the first of its major retrenchments from which I predict it will not recover in our lives. The vocabulary for this "at the top" is that "the states have changed the contract between the public and higher education." What this really means is that in the competition among transportation, health care, K-12 education, public safety, mental health, the environment, recreation, and higher education, we rank pretty much dead last in the budget wars since 1) we serve only a minority of the population at any time, 2) we're all a bunch of elitist liberals anyway, and 3) unlike the prisons, we can charge our customers.

I spent my first two years as department chair playing a game I called: Budget Jeopardy. I expect some of you also know this game. Across the top of the board, are categories like "Faculty Positions", "Graduate stipends," "Travel," "Operating Budgets," "Administrative/technical staff," and "Equipment". Along the left side are—"5% cut," "10% cut," "20% cut," etc. The contestants were me and my fellow department chairs and the dean was the M.C. I remember struggling with the rules of this game. If you chose travel for 5%, do you simply invite that cut and move on to the next one? If you say positions for 10% and, by the way, this will put you out of business, do you tempt the ruthless dean or her toady, the provost, who is looking for a non-essential program or two to slice and dice to accept the challenge?

I watched at that time, geology department after geology department go under the budget knife and even a few to be eliminated, consolidated, or otherwise subjected to near death experiences. Friends would call in a panic—from Emory, NC State, Old Dominion, Virginia State (one of two HBCU's with a geology program in the south at that time), Whittier, George Mason. The list grew long and the geo-hemorrhaging seemed not to stop. It became clear to me that we were in trouble. Somehow, we had failed to persuade our colleagues across the academy that we were essential, part of the core, and otherwise integral to the modern university.

Somewhere in the midst of this blood letting, I arrived in the deans office at Chapel Hill as a deanlet. I was now part of the Inquisition, in charge of a $50M+/yr budget for all of A&S in a university of some 24,000 students and 3000 faculty. It was 1992 and we were cutting some more. Now I was doing it to my friends, or at least people who used to be my friends.

I should note, and it will come as no surprise to you, that I have never had an economics course, an accounting course, or any academic background for this assignment beyond balancing my checkbook. I have always found it fascinating that an institution dedicated to training professionals to assume positions of leadership in society does absolutely nothing to train its own leaders in the essential skills. But, somehow, I learned a lot of things before I did too much irreversible damage.

Some of the things I learned that are relevant to our present concerns are:

I also learned that making cuts is never easy, always noisy, often personal. Realize, hence, that too many administrators would prefer to do it, Oz-like, behind a curtain, make the announcement as they leave for two weeks in Cancun, and hope that their associate dean or vice-provost will have put out the fire storm before they get back.

What I really learned was that the winners and losers shared certain characteristics. There were two kinds of winners:

By the way, it also doesn't hurt to have one of their own on the inside—whether that is in senior level administrative positions or on key committees.

Departmental losers were more Tolstoy-esque—"Happy [departments] are all alike, every unhappy [department] is unhappy in its own way." I have spent some time worrying about the pathology of unsuccessful programs. Some true innocents have been slaughtered in the budget wars of the past fifteen years, but, as I said earlier, departments that have failed to thrive share some common characteristics. Their most common failures in my mind have been:

What should we do to preserve the future of our discipline -- from my quasi-Promethean view? That is what we are here to determine. If we can help each other understand the best practices that predict success, the signs of weakness, and the most profitable directions for your program in your institution, we will have accomplished much.

But, were I asked: what one thing must our profession do? I would answer: learn how to change. The business gurus out there love to talk about change.

But, before I say too much about that, let me mention something about the world of business gurus. I have some very bad news: your president, maybe your provost and dean, but certainly your board members read and hear speeches by a bunch of people who tout the obvious as enlightenment. Whether it is Jim Collins, Good to Great who makes the startling observation that successful companies are those that have a corporate culture which promotes talented and disciplined people or Malcolm Gladwell, The Tipping Point and Blink, who finds that events cascade, can run away from you or that intuition is important, there is a staggeringly boring literature of best sellers out there that CEO's and their kind read fanatically. It is not a bad idea to be aware of which ones they are reading. It's easy to find out which ones they are—they are stacked six feet high in airport book stores, usually with brightly colored covers as they seem to be the corporate equivalent of candy for kids at the grocery checkout.

Don't buy it; go home and look up the review on Amazon. You'll know all you need to know, which is the vocabulary of this latest craze of the obvious and you will know what the likely direction of the next high level administrative meeting to which you are not invited will be. These folks have few original ideas, but they have, for better or worse, the ears of your board and president. You might also just glance once in a while at the Chronicle of Higher Education at the library. This way you will know what viruses are infecting your senior administration.

I have made this digression because the business fad of the recent past half dozen years has been change management, called such things as Total Quality Management (TQM), Continuous Improvement, Outcomes Assessment, the Process of Institutional Effectiveness. Every organization has a different ability to change, a different set of cultural biases about change. To me, change management is what you do when someone is trying to impose change on you. It can be managed well and I think we will hear some very creative examples from some of you as to how your department or program responded positively to change imposed from above or without. I will not deign to offer a set of change management principles that will work universally, but you should listen for those ideas and practices of others that you feel will resonate in your culture.

I will say this: resisting change when change is inevitable is somewhere between a fool's errand and a pyrrhic victory. The senior administration will roll over you if you do not find a strategy to adjust without compromising your principles and mission.

What I will also say that, in many ways, change management is too late.

What you really want is change leadership. You want to control your own destiny in light of what you know about yourself, where you want to go, how you plan to get there. Do not wait to be told to change, or plan, or assess, or evaluate. You must understand as best you can the conditions and the environment that guides those around and above you. Read, not late at night, the strategic planning documents for your system or school. Someone spent a lot of money and political capital on this thing and until that person is fired or retired, you had better know its language and standards.

Get ahead of the curve, be a change pioneer—even if you plan no change, make it clear that you have looked hard at all you do and can justify why you do it the way you do and should continue to do so, justified in the context of institutional goals and objectives.

Lead the process of change whether in research, teaching, curriculum, outreach.

One great secret: every senior administrator needs successes. If you become one, especially if he or she has to do no work to realize your success, stand back and let him/her bask in the reflected glory; let it be his/her idea. Lose battles, win wars; don't seek credit, seek permission and freedom.

Finally, a reflection on the view from the top based on a quote from the great modern philosopher, Eric Idle. "You better hope that there is intelligent life elsewhere in the universe, because there's bugger-all down here." You can substitute "senior academic administration" for "universe" and I will have offered you some important cautionary advice.