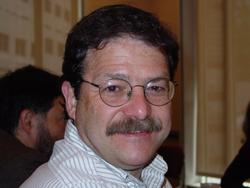 Earth science teacher preparation at UMass Amherst
The Secondary Teacher Education Program (STEP) of the School of Education provides teacher preparation in secondary science at the University of Massachusetts Amherst (UMass). There are currently six tracks that a licensure student can follow, all of which use the same sequence of education courses and practica. These tracks are undergraduate, post-baccalaureate non-degree, post-BA/BS Summer/Fall, M. Ed. on-campus, M. Ed. off-campus, and graduate student in another unit of the University. Massachusetts' regulations for initial license in earth science require that candidates possess a bachelor's degree that includes coursework in the subject area that meets the State's subject matter knowledge standards. In addition, candidates must pass a subject matter test in the area of the license. Most of the students seeking licensure in secondary science education at UMass are enrolled as M. Ed. students in the School of Education. Only a small number complete the licensure requirements as undergraduates. However, a substantial fraction of the licensure students were undergraduates at UMass.

UMass undergraduates or graduates seeking a license for secondary earth science are advised to complete the Earth Science track in the geosciences department that meets the State standards. This track was developed collaboratively with STEP faculty. Students who have completed other tracks usually have to take additional coursework in meteorology, oceanography, and/or astronomy.

As can be seen in this chart, applications to STEP in the area of earth science have ranged from 5 to 11 over the course of 5 years (data from 2001 was not available at the time of this writing). While these numbers are not large, they show a consistent interest in teaching earth science.

Connections between SOE and NSM
There is a more than 10-year history of collaboration between science educators in the School of Education and scientists in the College of Natural Sciences and Mathematics. Many of these collaborative efforts have been projects of the Science, Technology, Engineering and Mathematics Education Institute. These include STEMTEC, an NSF-funded Collaborative for Excellence in Teacher Education; STEMTEC II, a follow-up to STEMTEC, STEM Connections, an NSF-funded GK12 project; Planet Earth, a summer course for teachers supported by NASA; and an NSF-funded biocomplexity project with a strong education component.

The biocomplexity project is one example of a new effort that we are making to provide teachers with the experience of doing science research. This is also part of STEMTEC II and is connected with the final stage of teacher licensure in Massachusetts (the "professional license"). We are piloting the model this year and expect to involve up to 10 teachers next year.