Many science teachers would love to ignore religion in their classrooms, but find that the students bring it in with them (Ecklund, 2007). So we have to say something about the science-religion interface, but some scientists don't have enough experience with negotiating that kind of issue to effectively deal with it. Some strategies completely backfire. Here are a few tips on how to handle the science-religion interface in a way that might minimize the conflict. 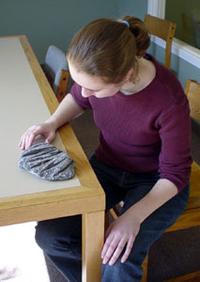 Make clear that science is not simply the discovery of "facts."

The idea that science is supposed to be "just the facts" is very common, and very harmful. Students who view science in this way don't automatically defer to scientific consensus because they know that scientists sometimes disagree among themselves. In such cases, they assume that some scientists have done something wrong by going beyond the facts, and all anyone has to do to disparage a given position in the public eye is to point out grey areas. In reality, all scientific hypotheses and theories go beyond the facts, but this tactic can be selectively applied to scientific ideas that are unpopular among certain segments of the population--evolution, climate change, etc. E.g., Lombrozo et al. (2008) found in a study of undergraduates that students were more likely to accept evolution if they understood that scientific theories are provisional, yet reliable, there is no single "scientific method," and data require interpretation.

If students are to honestly address science-religion conflict, they need to understand that scientific claims are not meant to be Absolute Truth, but explanations based on evidence that will always be incomplete. If they think science is supposed to be "just the facts," then when a teacher lays out evidence for some scientific claim many students will see this as an attempt to shove the claim down their throats as the Absolute Truth. They may jettison their religious beliefs. They may try to rebel by pointing out grey areas, thinking this proves the claim to not really be scientific. More likely, they won't be listening or responding much at all because they feel intimidated (Smith, 1994). Little progress can be made until this problem is successfully addressed.

Make clear that, for practical reasons, scientists do not include supernatural causes in their explanations. Even scientists who believe in the possibility of the supernatural will follow this rule when they do scientific work.

Hide
View looking northeast from the Yavapai Observation Station on the South Rim of Grand Canyon National Park.
At least for the past one or two hundred years, science has been naturalistic. There is no a priori reason why Naturalism has to be assumed, but there are plenty of practical reasons. For instance, supernatural explanations are less likely to generate testable claims. (Sometimes supernatural explanations do intersect with the observable world, however, so be careful not to paint this in black-and-white terms.) It is usually difficult to differentiate between different supernatural causes. We want science to be universal--not balkanized into competing religious factions. Finally, even if the assumption of Naturalism is only mostlytrue, it can be a useful simplifying assumption. Therefore, even scientists who believe in the possibility of supernatural causes will go along with this, when they are doing science.


Give examples or adopt activities that show the utility of applying the assumption of Naturalism.

Help the students discover for themselves that viewing the world through naturalistic glasses can be useful, even if they don't think that's the only useful perspective.

Idea #1: The ancient Greek physician, Hippocrates, challenged the prevailing notion that illnesses were caused by the displeasure of the gods. It wasn't that he didn't believe in the gods, but rather he thought that some illnesses might have natural causes that physicians could address. He figured that if he assumed supernatural causes, there would be no point in searching for natural remedies, but if he assumed natural causes, he might sometimes find a cure (Rubenstein, 2003). In other words, constantly assuming supernatural causes can lead to intellectual laziness. Assuming Naturalism does not require that we believe the assumption must always be true--only that we think it might be sometimes useful to look at problems from a naturalistic point of view.
Idea #2: Hold a mock trial in your classroom. A man has been arrested and charged with murder. The body temperature of the victim was consistent with having been dead for about two hours when it was found in the car trunk of the suspect. The suspect was driving the car at the time, was about 2 hours driving distance from home when pulled over, was seen pulling the car out of his garage about 2 hours earlier, and his clothes were spattered with the victim's blood. How might the arguments of the prosecution and defense go differently if naturalistic assumptions were required, or if it was considered acceptable to appeal to supernatural causes? As a juror, would it be useful to look at the case from a naturalistic perspective, even if you believe in the possibility of supernatural causes?

Make clear that the assumption of Naturalism makes a little science-religion conflict inevitable.

It's simple logic. If supernatural causes are not allowed in scientific explanations, but they are allowed in many religious systems of thought, then we can't expect these explanations to always agree with one another. Some might be afraid to point this out so explicitly, but our experience is that most students have little problem with the idea IF they understand that scientific claims are always tentative (Bickmore et al., 2009a; Bickmore et al., 2009b). And the point is so obvious, in any case, that students will often see through mealymouthed assurances that science and religion never conflict.

Ask the students to decide for themselves whether the assumption of Naturalism is a good idea.

If we admit that there is no a priori reason why we must make the assumption of Naturalism, then there is room for different opinions about whether any practical reasons for it are good enough. Students must make their own decisions about this, but our experience is that if students are exposed to the practical reasons and encouraged to make their own decisions about the issue, they will usually decide that assuming Naturalism is a good idea when doing science. More importantly, those who still disagree will be less inclined to believe that scientists assume naturalism because they are all atheists. 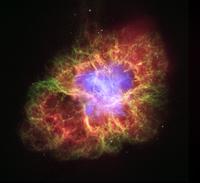 When we start talking about what science is, we naturally want to contrast it with what it isn't. Clearly, scientific and religious modes of thought are different in some respects, but there is often a great temptation to attempt to make the separation more absolute than it really is. For instance, the paleontologist Steven Jay Gould promoted the idea that science and religion represent "non-overlapping magisteria" (NOMA), where science has an authoritative voice about what goes on in the physical world, and religion has an authoritative voice with respect to ethical issues, and so on. This may be a legitimate way of looking at the issue in terms of how science and religion should relate to one another, but it becomes problematic when teachers start promoting it as the way they do relate. Most religions throughout history have made claims that relate to the physical world. If a teacher tells students that science and religion don't conflict because their subjects of inquiry don't overlap, many students will be familiar enough with their own belief systems to recognize that whatever the teacher is describing, it isn't their religions. Even if a teacher is careful to note that adopting NOMA is one way to deal with science-religion conflict, if that is the only point of view mentioned, some students might interpret this as proselytizing. In other words, they might think the teacher is trying to convert them to more science-friendly religious beliefs.

The truth is that "Religion" is complicated. Teachers who try to pigeonhole all types of religious belief into a single description are likely to run into trouble. The same goes for making overly precise definitions of things like "faith." Some talk as if "faith" is simply belief in something for which there is no evidence, whatsoever, and it is very easy to contrast this with knowledge gained via scientific investigation. But most thoughtful religious people do not define "faith" in this way--they see it as belief and trust in something for which there is incomplete evidence--and the cheap and easy definition might actually be offensive to them.

Our advice is to avoid this quagmire. All one really has to do is adequately teach the nature and process of science, including the assumption of Naturalism as outlined above, and let the students decide for themselves how science might (or should) interact with their own religions. If students ask for more guidance, however, it might be appropriate to point them to examples of people who have struggled to honestly address science-religion issues. The Templeton Foundation is a good place to start.

Speak respectfully about students and others who may disagree with you, and mean it.

If we truly buy into the idea that scientific claims are always tentative (i.e., underdetermined by the data,) then it follows that there will always be some possible excuse for rejecting those claims. We may think that rejection is capricious or unfair, but there can be no really hard and fast criteria for theory choice. This realization should allow us to think and speak respectfully about those who disagree with us. However, respectful treatment of disparate ideas opens the way for teaching students critical thinking skills. Most people are only able to think critically about ideas with which they disagree--not their own ideas. We should not be afraid to encourage students to apply consistent criteria for judging ideas, from whatever source. (See the Foundation for Critical Thinking website for ideas on teaching critical thinking skills.)