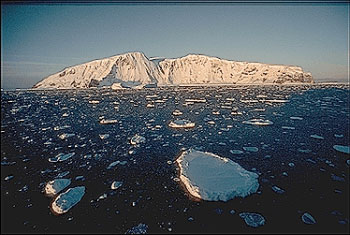 More than 70% of the Earth is covered by ocean. When we think of life in the ocean we often think of fishes and whales, life that is visible to the naked eye, but we may be astounded to learn that most life in the ocean is microbial life' new! Microbes account for more than 90% of ocean biomass and constitute a hidden majority of life that flourishes in the sea. What is even more surprising is that much of this microbial life remains unknown because we cannot culture it in a test tube and it is difficult to observe in nature. If microbes are so abundant, why are they so difficult to study? Imagine trying to study the rainforest while blindfolded and dragging a butterfly net through the air- would this give us an accurate representation of the rich diversity found in the rainforest? Of course not, yet plankton nets and filters are still very commonly used to study microbial life in the ocean. While our tools to study the ocean are becoming more sophisticated—such as remote sensing, which allows us to view algal blooms from space, and DNA analyses, the same technology that brought us the DNA code of humans - we are still far from knowing how many marine microbial species exist. 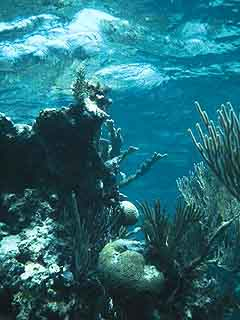 Hide
Marine habitats are those contiguous sites with the major oceans and which have dissolved sodium chloride in tasteable concentrations. Details

The microbial world accounted for all known life forms for nearly 50 to 90% of Earth's history - Life itself likely began in the ocean. Marine microbes play many important roles in the Earth system: they influence our climate, are the major primary producers in the ocean, dictate much of the flow of marine energy and nutrients, and provide us with a source of medicines and natural products. Microbes (which include Bacteria, Archaea, microbial eukaryotes and their associated viruses) are as varied as the marine environments they come from. From the ice-covered polar regions of the Arctic and Antarctic to the boiling hydrothermal vents in the depths of the sea and the calcareous oozes made up of the skeletons of single-celled eukaryotes called foraminifera that once recorded the temperature of the sea surrounding them—microbes are everywhere and they help to shape the features of our planet, past and present. When it comes to exploring marine microbial life, we are still very much in the age of discovery. The Census of Marine Life is dedicated to enhancing our knowledge of this unknown microbial world through the development of an International Census of Marine Microbes.