Plate tectonic activity is being observed presently on a historic timescale, especially in the form of volcanic eruptions and earthquakes, but, as with many large-scale Earth science phenomena, it is hard to appreciate the process within the short span of human history, particularly during the small part of history during which we've been keeping records and mapping tectonic activity. For this reason, an Earth history approach complements the traditional process-oriented approach of physical geology courses. 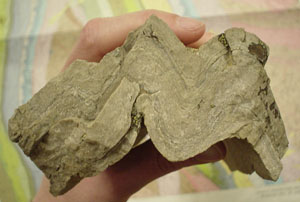 One example of a course written around the plate tectonics theme is Processes and Concepts of Geology ( This site may be offline. ) at Wooster College, which emphasizes the development of the solid Earth.

Below are web resources specifically relevant to plate tectonics.