Since Earth history illustrates many important and complex ideas, it may make more sense to focus on one idea at a time rather than teach several in parallel. 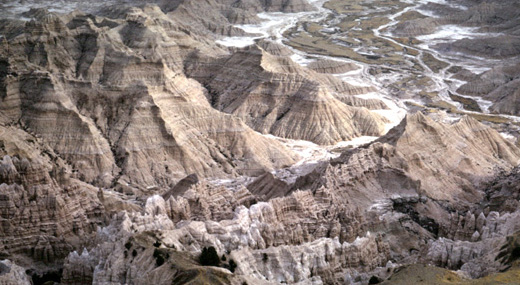 For a student with limited prior science experience, this approach may be less confusing than the increasingly common integrated Earth system perspective, which illustrates a number of complicated ideas all at once. Synthesizing the various processes of change is useful to students who have already learned about plate tectonics, evolution, and climate change separately, but less so for someone still learning the terms.

Alternatively, instructors may wish to emphasize different time periods when teaching particular topics or focus on particular problems and controversies. In this case, teaching the topics separately would be efficient.

One challenge instructors for this sort of course face is that so many modern Earth history textbooks use an integrated Earth systems approach.

Bralower et al., 1998 teach Earth history three times in their class: the first time focusing on the development of the solid Earth, the second time dealing with changes in the atmosphere and ocean, and finally covering the evolution of the biota.