Peter Selkin: Teaching Living on the Edge in Physical Geology at University of Washington, Tacoma 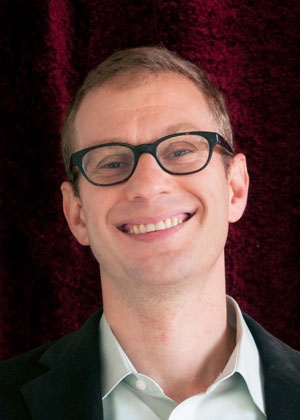 Provenance: Photo by Jeny McCray, UW Tacoma Interdisciplinary Arts and Sciences, 2013
Reuse: This item is offered under a Creative Commons Attribution-NonCommercial-ShareAlike license http://creativecommons.org/licenses/by-nc-sa/3.0/ You may reuse this item for non-commercial purposes as long as you provide attribution and offer any derivative works under a similar license.

This course introduces students to the fundamental concepts and theories of geology and provides them with a basic understanding of how Earth works. Topics covered include plate tectonics, volcanism, earthquakes, the rock cycle, continents and oceans, and surface processes.

Upon successful completion of this course, students will be able to:

I teach geoscience in an environmental science degree program. Many of our students are interested primarily in the interrelationships between humans and the natural world, particularly in the context of sustainability. I saw this module as a way to engage such students in geoscience by focusing on the human dimensions of seismic and volcanic risk and monitoring. The InTeGrate Living on the Edge module allowed students to grapple with real-world seismic and volcanic monitoring data that change through time, forcing students to change their interpretation. Beyond that, students were able to explore the implications of those data for earthquake and volcano preparedness.

This module was used during the summer quarter in a lower-division undergraduate physical geology course that is part of an environmental science degree program. The module was adapted to fit into three class periods of 2.5 hours each. Units 1 and 2 were combined into one class period, 3 and 4 into another, and 5 and 6 into the third. Students participated in a lab activity on volcanism, not part of the module but associated with Units 3 and 4, after the second period. All 11 students enrolled were environmental science majors.

In this summer session course, I replaced the material I usually taught on deformation, earthquakes, and volcanoes with a version of Living on the Edge, albeit slightly modified to fit our unusually long classes. I used the module in the middle of the term, after discussing the basics of plate tectonics (following the suggestion in the module of using Laurel Goodell's Using Google Earth to Explore Plate Tectonics activity), relative dating, minerals, and igneous rocks. Students received credit for completing the Living on the Edge prework before class (not for correct answers on the prework). Unit assessment questions were given as written post-class assignments (post-work). The post-work answers were graded using the rubrics given in the module, though point values were changed to reflect the UW grading scale.

I assigned short (1-2 paragraph or bulleted list) writing assignments as summative post-class work for each day (Units 1-2 (Acrobat (PDF) 44kB Sep12 14), Units 3-4 (Microsoft Word 2007 (.docx) 53kB Sep12 14), Units 5-6 (Microsoft Word 2007 (.docx) 94kB Sep12 14)). These were intended to give students the opportunity to reflect on the material from class, and also to assess individual students' ability to use material presented in class. About 1 week after the students completed Units 5-6, I gave the class midterm. I included the 2-part module summative assessment ("Summer 2014 and After") on the midterm. Most students were able to give adequate or good answers to the question on volcano monitoring (Question 1), but the answers to the question on seismic safety (Question 2) lacked specificity. I believe this demonstrated the importance of spending the full time on the risk analysis exercise in Unit 2 (which we did not do). Nearly a month later, I gave a final exam on which students were asked the 3-option module summative assessment question ("Summer 2014 and Before"). Most answers had at least an adequate level of detail and demonstrated a satisfactory understanding of risk and the value of geological monitoring.

It is sometimes disappointing to me, as a geoscientist, that some students are not excited about geology for geology's sake. But that is the case, especially with many of our environmental science majors. The material in the Living on the Edge module allowed my students to see geology from a different perspective—a perspective more aligned with that of an environmental consultant, a government agency employee, or an urban planner, which many of them aspire to be. The students were much more engaged in their small-group discussions of geologic data in this module—particularly in the simulation in Units 5 and 6—than they were in many of the less human-focused parts of the course.

As an aside: I teach in the shadow of Mount Rainier, at the edge of one of the locations that gets buried by a lahar in the eruption scenario in Units 5-6. In spite of the nearby volcano, before the module, about a third of the students did not consider that they lived in an area at risk of volcanic eruption. This changed dramatically after the module. If the Living on the Edge module did nothing else, it increased the students' awareness of the risks inherent in life in the Pacific Northwest, and of geoscience's role in coping with those risks.