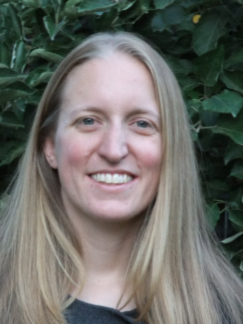 Provenance: Keegan Fengler
Reuse: This item is offered under a Creative Commons Attribution-NonCommercial-ShareAlike license http://creativecommons.org/licenses/by-nc-sa/3.0/ You may reuse this item for non-commercial purposes as long as you provide attribution and offer any derivative works under a similar license.

An introductory course emphasizing the origin and nature of the common rocks and continually changing features of the Earth's crust.

Show description of my course

Students who complete Geol 101 should have an understanding of:

I decided to use the Ice Mass and Sea Level Changes module in my Physical Geology course because over the last couple of years I have been transitioning my teaching style to allow for more student exploration and less passive lectures. This transition began after continually observing that students were learning the topics/keywords/concepts I was teaching but still seemed unable to link those ideas together. I concluded that students were memorizing the material they needed to pass exams but never really understood how it connected. Earth is a complex system with many interactions, so the fact that they were missing the links was part of my motivation for change.

Using the Ice Mass and Sea Level Change module allowed me to immerse my students in the process of learning. The mix of Earth science concepts and societal/human impacts was ideal. Many students feel that science is unrelated to their daily lives or that they already understand these concepts. This module presents many places where we can talk about some misconceptions that people have about sea levels, sea level changes, climate, climate change and society. The use of the various data sets, figures, table, and graphs was slightly off-putting for some students at first but the homework, assignments, animations and discussions helped build student confidence. Over the course of the module, I observed the students' confidence grow. They began to be more willing to discuss and ask questions.

Many students were very surprised by the results of Unit 4. Most students understand that sea levels are rising but also think it is a uniform process. By the time we completed Unit 4 they came to their own conclusion that sea level rise is not a uniform process and that various factors affect locations differently. After coming to that realization, the students wanted to talk more about specific places in the world. We end up revisiting our Unit 1 discussion about Bangladesh and were able to look at New York's situation more critically.

I used the materials with practically no changes. I did skip Unit 2, Part 4 because of lack of time.

I conducted the module during my summer session course that was 6 weeks long. The condensed format gave extra time to work through the module. I decided to run the module during the first 2 weeks of the course so that students could dive into the topic. I was able to refer back to this material during the rest of my course since climate, temperature, and moisture can affect crustal deformation, metamorphic processes, weathering and so much more.

All formative assessments were completed during class by having discussions and asking specific questions.

Unit 2's summative assessment was completed using the L2 (a) and (b) questions that were provided in the module. The students seemed very comfortable with this style of assessment.

For Units 3 and 4, the summative assessments were given at the same time. I used the multiple choice questions from both units (L1 and L2). Most students are very comfortable with multiple choice questions but they still need to work on reading the entire question before answering. We reviewed their answers once everyone was finished; they made some made simple mistakes but still understood the concepts.

For the final summative assessment I used the standard six questions provided with the module. The students took some time to work through the questions but most did so with a newfound confidence. Not to say they got everything correct, but they were much more confident using the figure and graphs then when we started the module.

By using this module, I had the goal of engaging my students in the process of learning. The module allowed me to transition from just lecturing, with the students passively listening/note-taking, to a more active class time. Observing the students' growing confidence using different data sets and information led me to feel that this module was a great success for my students. After we completed the module, I also observed many of my students transferring the skills they learned to other topics we covered in class. In general, there was a higher level of engagement in class during and after the module.