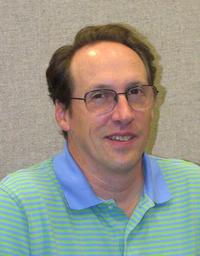 In 2003 and 2004, Chesapeake Bay was suffering from widespread pollution with nitrogen, phosphorous, mercury, and sediments, leaving the bay with too little oxygen to support a healthy ecosystem. With low dissolved oxygen levels in the Bay (a condition known as hypoxia), the growth, reproduction, and health of aquatic life such as underwater grasses, blue crabs, oysters, and shad became critically endangered (Acker, 2005). When oxygen levels get close to zero, aquatic life dies and the area is known as a "dead zone."

Around this same time, Dr. James Acker, a contract scientist at NASA's Goddard Space Flight Center (GSFC) and a Chesapeake watershed resident, took an interest in the health of the Chesapeake Bay. In addition to being a concerned citizen, Acker had a professional interest in the Bay as a location for testing out a new Web-based tool developed by NASA for analyzing satellite observations of "ocean color" (essentially a measure of the amount of chlorophyll in phytoplankton floating in the water).

Dr. Acker used Giovanni to calculate monthly average chlorophyll concentrations for the Chesapeake Bay area in 2002 and 2003 based on satellite observations from the Sea-viewing Wide Field-of-view Sensor (SeaWiFS) aboard the Orbview-2 satellite, and the Moderate Resolution Imaging Spectroradiometer (MODIS) instrument on NASA's Aqua satellite. Dr. Acker was able to show that chlorophyll levels in the Bay were significantly higher in 2003 compared to the previous year. These elevated chlorophyll levels were suspected to be a direct result of increased levels of nitrogen and other nutrients washing off the land into the Bay. Acker and his colleagues found correlations between the chlorophyll data and freshwater flow at the mouth of the Bay, confirming that reductions in nitrogen use on land could potentially help restore the health of the Chesapeake Bay ecosystem (Acker et al, 2005). These techniques can be applied to studying chlorophyll levels in bodies of water all over the world. According to Dr. Acker, "There are vital estuaries in many countries that may have problems similar to those of the Chesapeake, and Giovanni could be used to monitor the impact of programs to reduce nitrogen pollution."