Droughts of the Past


Drought is all over the map: compare these two maps showing the Palmer Drought Severity Index (PDSI) for the months of May in 2013 and 2016. Though each map depicts conditions at the end of the month of May, you'll note several differences between the two images that are three years apart. 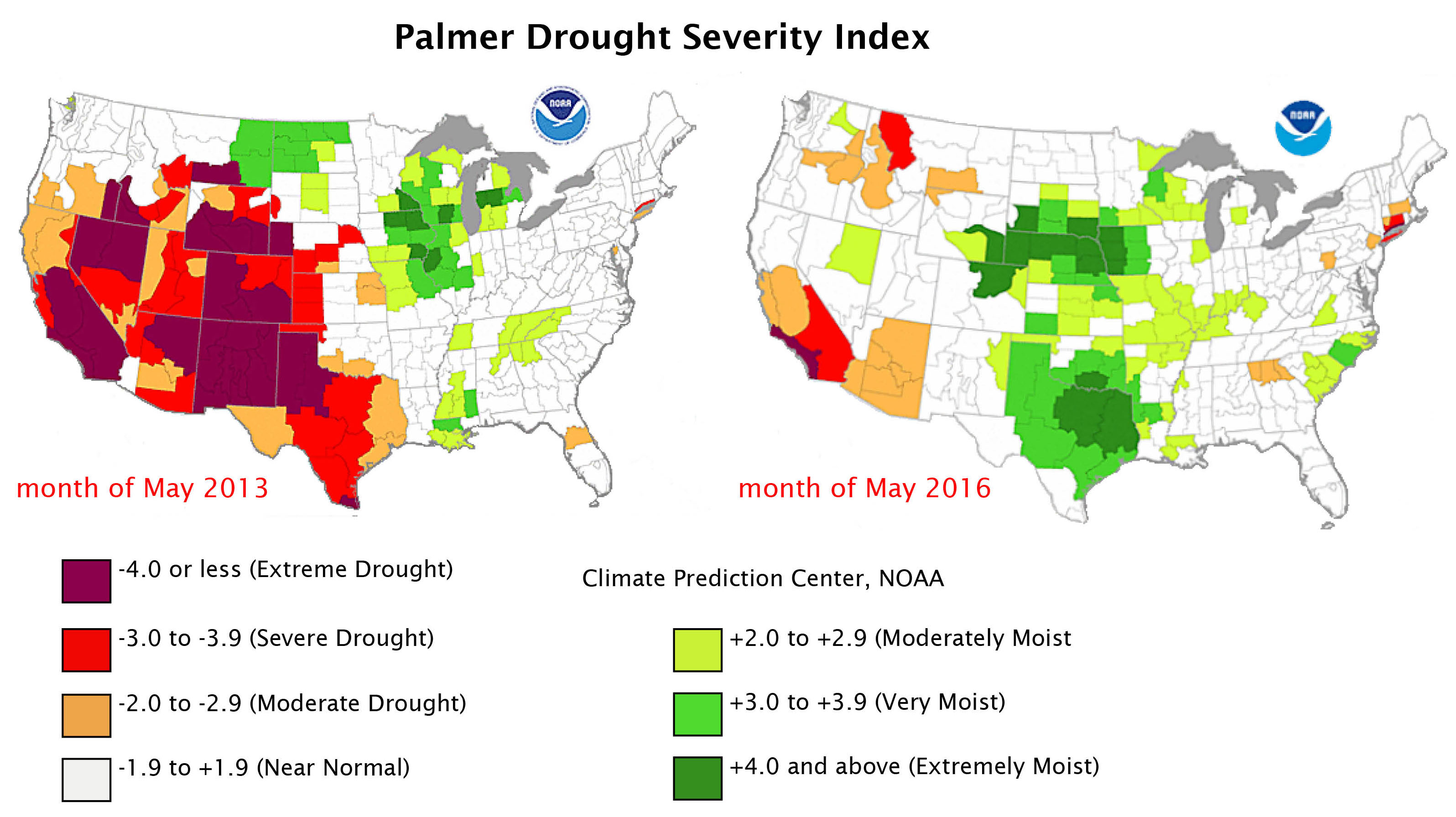 Instrumental records of drought for the United States only extend back to 1895. To understand how major droughts of the 20th century compare to those of previous millennia, paleoclimatologists seek environmental records that document the occurrence of drought. Relatively thin widths of climate-sensitive tree rings and pollen counts from layered lake sediments are two pieces of environmental evidence used to reconstruct past conditions.

1. After comparing the notable drought years with other years in the animation, describe what you would consider as the criteria for designating a year as a drought year or not.
2. Consider how measurements of tree-ring widths taken from trees at PDSI reconstruction gridpoints can result in the reconstructed maps. Describe a method that could be used to produce the maps.
3. Why do you think there is data from only certain parts of the continent for certain time periods?
4. Based on your comparison of reconstructed and instrumentally derived drought maps, describe how confident you are in the accuracy of the reconstructed maps. Give examples to support your answer.

Using years of your own interest, compare maps created from reconstructed climate data from tree-rings to those created from instrument data from the North American Drought Atlas site.