Part B: Water in Motion 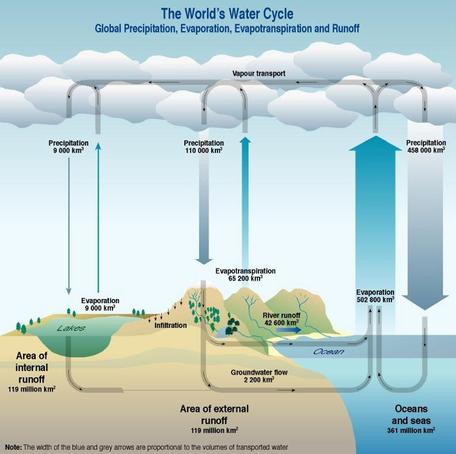 ×
Precipitation, evaporation, evapotranspiration, and runoff are the processes that move water through the water cycle. Values in the diagram show the volume of water that moves along each path in a year.

Part A of this lab talks about where Earth's water is, but not about where it's going. Interactions between the sun's energy and Earth's gravity keep water moving through the water cycle at all times.