Part B: The Water Cycle 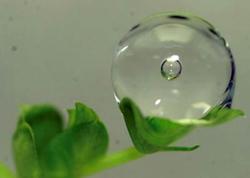 Image source: NASA
The abundance of water on Earth makes our home planet a uniquely livable world. Water sustains life and is an important link between each of the four "spheres" of the Earth system (hydrosphere, atmosphere, pedosphere, biosphere). The water cycle, which describes the continuous movement of water on, above and below the surface of the Earth, includes all water processes: precipitation, evaporation, freezing, melting, and condensation. Earth's climate and climate variability are largely driven by the cycling of water and energy exchanges among the ocean, atmosphere, and land.

1: After playing the Water Cycle Game, think about the pathways that water takes through the Earth system. Tell the story of a drop of water, and describe what happens to it. Through which components does it travel, and how does it get there? Describe the water drop's path as a series of steps.

For example:
Step 1. It rains, and the water drop falls near my house.
Step 2. The water is absorbed by the soil.
You can add any details that you imagine. Remember to include the various forms that water takes (solid, liquid, and gas).

Turn your water drop into a world traveler, and take it across the globe. Don't leave it in your neighborhood!


2: Go back through your steps. After each one, write the name of the system components that were involved. For example, if you wrote, "It rains, and the water drop falls near my house," after that, you would write "atmosphere." If you wrote, "The water is absorbed by the soil," after that, you would write, "Soil," or "Pedosphere." Which of the four major components of the Earth system are involved in the water cycle?