Lab 4: It's All Connected: Global Circulation

Hide
Global ocean surface currents: blue lines show cool currents; red lines show warm currents. Click image for larger view. Image source: Teachers' Domain, Examine Global Surface Currents, published December 17, 2005, retrieved on January 11, 2010, http://www.pbslearningmedia.org/resource/ess05.sci.ess.earthsys.globalsurf/
Circulating wind and ocean currents distribute energy and matter all around the globe. Surface currents are primarily driven by wind and Earth's rotation. Earth's rotation causes the pathway of both air and water to appear to curve rather than travel in a straight line. This is known as the Coriolis effect. Because the Earth spins counterclockwise (when viewed from above), the Coriolis effect causes winds to be deflected eastward (right) in the northern hemisphere and westward (left) in the southern hemisphere. Ocean currents behave similarly, but can also be deflected by continents or other landmasses, which causes the water to move in circular patterns called gyres. Watch this short video for a demonstration of how the Coriolis effect works.

Deeper ocean currents, often called "thermohaline circulation," are controlled by temperature (thermo) and salinity (haline). Saltier water is more dense and therefore sinks. The motion of this heavier water results in vertical mixing of the ocean water that drives deep ocean currents. You might also hear this process referred to as the "global ocean conveyor belt" because the currents generated by this cold water mixing travel around the world. Ocean currents move heat from warm tropical latitudes toward colder polar latitudes, transport nutrients that sustain marine life, and aid ocean travel. Ocean currents may also carry trash, pollutants, or other drifting debris up to thousands of miles. Fortunately, one person's trash can sometimes truly be another person's treasure.

In January 1992, 29,000 bathtub toys spilled into the ocean when a storm hit a ship traveling from Hong Kong to Tacoma, Washington and knocked a shipping container into the sea. Ten months later, plastic ducks, turtles, frogs, and beavers began washing ashore near Sitka, Alaska. The distribution of this debris may have seemed like a disaster to some, but scientist Curt Ebbesmeyer saw it as an exciting opportunity to study the paths of ocean currents. In fact, Curt Ebbesmeyer made an entire career out of tossing objects into the water to see where they end up. 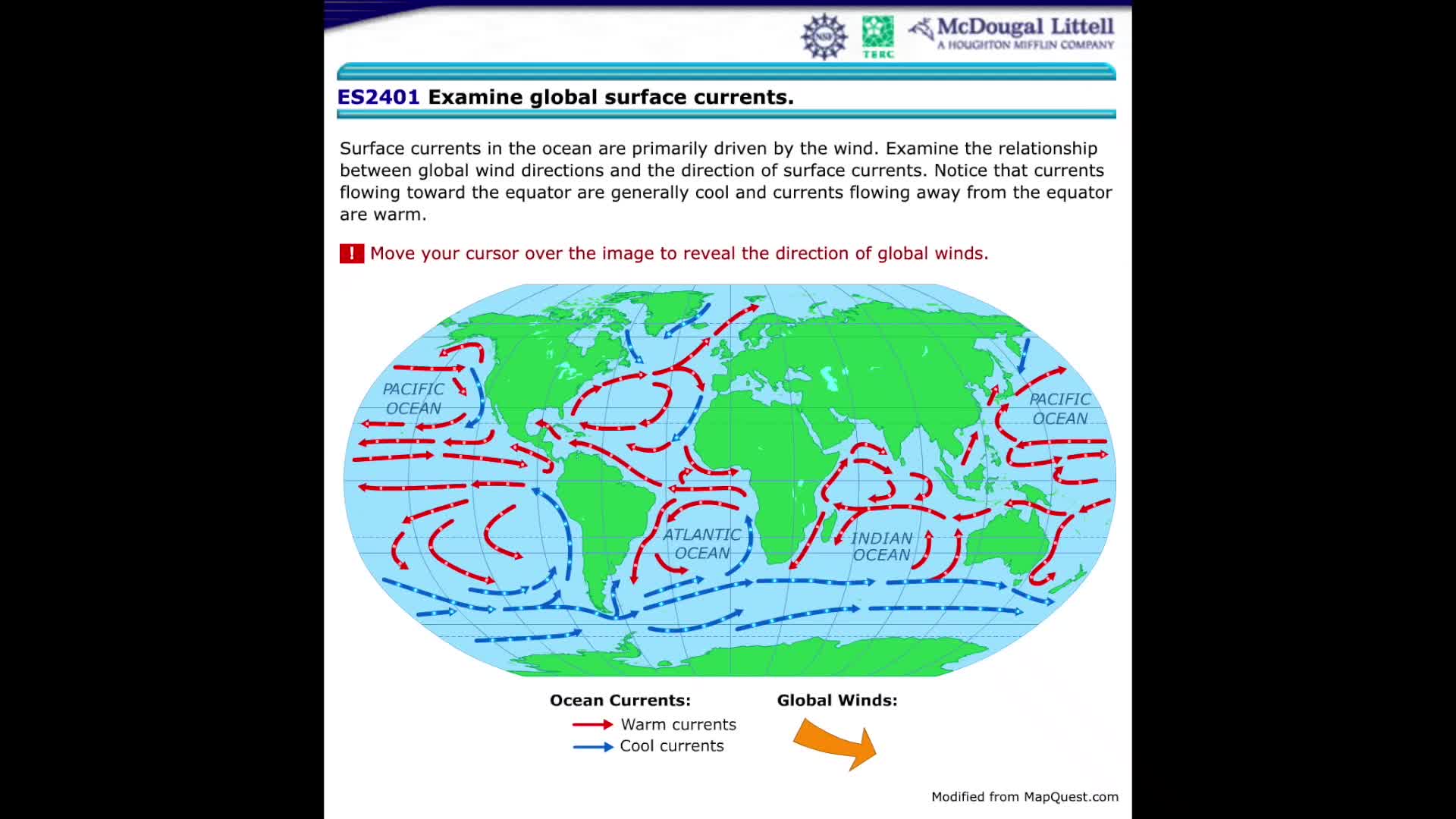