Slowing Down an Amplifying Greenhouse Effect

Part A: Using Technology to Reduce CO2 in the Atmosphere 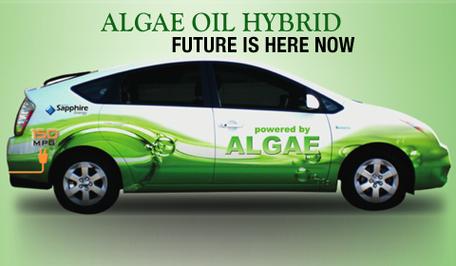 ×
Driving a car powered by algae - a type of phytoplankton- may be in your future!
In Lab 3, you learned that increasing carbon dioxide emissions are creating an amplified greenhouse effect which in turn is leading to a warmer atmosphere. In addition to reducing our use of fossil fuels, innovative design and technology have the potential to play a major role in slowing climate change caused by an amplified greenhouse effect. Some of the key questions that drive the development of innovation and design are: 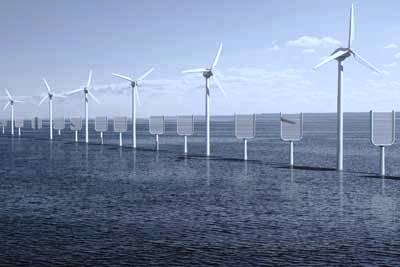 ×
Are winds and artificial tree farms in our future? Courtesy: The Institution of Mechanical Engineers, IPECHE Report.

Technology refers to the application of scientific knowledge to some practical purpose and can include applied processes and practices in addition to machines and other technological devices. For example, in Lab 5A, you were introduced to new agricultural practices many ranchers and farmers are using to make carbon-rich soil. This one change in agricultural practice has great potential to reduce the amount of CO2 in the atmosphere. Thus, carbon reduction technology should include practices such as reforestation and new forms of agriculture in addition to technological approaches like designing and building electric cars and wind turbines and creating new biofuels.

There are two basic strategies in carbon reduction technology:

1. Develop a technology or practice that reduces the amount of carbon dioxide going into the atmosphere.

2. Develop a technology or practice that removes carbon dioxide already in the atmosphere.

Reducing atmospheric CO2 is indeed a complex problem, one that will most likely need many different technological designs and practices. For example, consider the image above. The wind turbines reduce carbon dioxide emissions by providing an energy source that does not burn fossil fuels, while artificial trees, a new emerging technology, would remove carbon dioxide already in the atmosphere. Wind turbines are familiar and have been around for many years but where did the idea of artificial trees come from? Like any technological design, artificial trees began with good observations and an idea. The hard work begins when trying to turn the idea into a design that works.

In your group or class, discuss the answers to the questions above. Then, identify and discuss any pros or cons that might be associated with the technology of "artificial trees." Is this just an interesting idea or is it a solution for helping reduce atmospheric CO2? What do you think?

Most long-term global energy forecasts predict ongoing emissions, as well as a continued reliance on fossil fuels, until at least mid-century. In 2018, the IPCC issued a special report highlighting the fact that large-scale deployment of various carbon dioxide capture and storage (CCS) technologies will be necessary, along with a lowering of emissions, in order to achieve stabilization of CO2 concentrations in the atmosphere.

Made of Pollution: How CO2 is recycled to make your things. From DW Planet A

With a partner or a group, identify two carbon capture technologies from the interactive or video that have the best potential to be viable solutions for carbon reduction. Explain why you have chosen them. 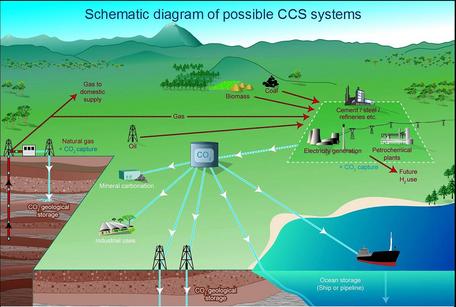 Imagine that you worked for a government, business or organization that was going to invest in a new technology or practice that would reduce CO2 in the atmosphere? What criteria would you apply in your decision-making process?

Want to find out more about CCS technologies? Check out these resources:

Capturing Carbon's Potential: These Companies Are Turning CO2 into Profits