Soil and The Carbon Cycle

Part B: Permafrost, a Frozen Soil Starting to Thaw! 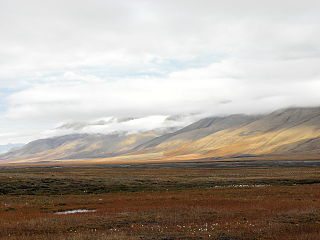 If you walk along the Siberian tundraa vast, flat, treeless Arctic region of Europe, Asia, and North America in which the subsoil is permanently frozen. you have to watch where you walk. You could fall into a thawing sink hole, trip over a mammoth skull, or even come upon a buried Iron Age tomb with bodies and horses still frozen inside from thousands of years ago. This is the Siberian permafrost – a soil that has been frozen for thousands of years. As the climate warms, the permafrost is changing—it is beginning to thaw. 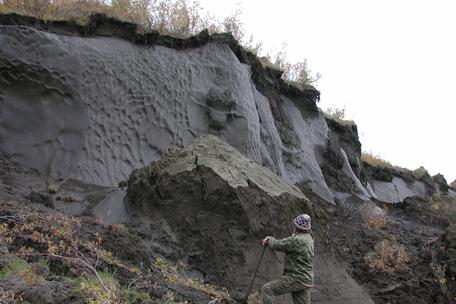 Permafrost is soil, sediment or rock that is perennially frozen and may or may not contain a significant amount of ice. The soil layer on top of the permafrost is called the active layer because it freezes in winter and and thaws in the summer. The permafrost, just below the active layer, stays frozen for at least two consecutive years. Can you identify the active layer and the frozen permafrost layer in the picture on the left? Learn more about permafrost in the video below. As you watch, make note of the following:

If the video does not play, you can watch it here 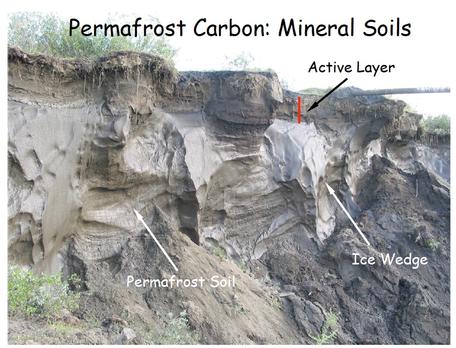 ×
Permafrost. Credit: Ted Schuur.
The "permanence" of permafrost depends on the length of seasonal freeze-thaw cycles. In Arctic tundra freeze-thaw cycles, winters are long and summers are short. The active layer of permafrost, the topmost layer of soil, thaws in the summer and freezes in the winter. During the summer, the active layer warms up enough for plants to grow. Because the Arctic is warming, many permafrost regions now have shorter winters. In these areas, scientists have observed an increase in the depth of the active layer and a decrease in the depth of the permafrost.

Consider the diagram of permafrost soil pictured above right and make special note of the active layer. This layer contains carbon from dead plants and animals that have died within the past few years. The permafrost contains very old carbon- perhaps hundreds to thousands of years old. When this permafrost melts, the carbon is made available to microbes which then produce carbon dioxide and methane.

With your partner or group, answer the following questions: 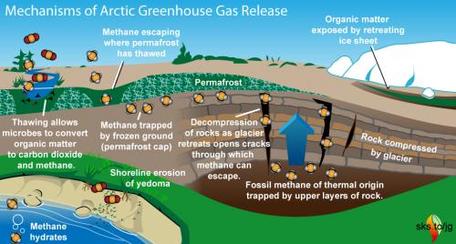 Provenance: Skeptical Science www.skepticalscience.com
Reuse: This item is offered under a Creative Commons Attribution-NonCommercial-ShareAlike license http://creativecommons.org/licenses/by-nc-sa/3.0/ You may reuse this item for non-commercial purposes as long as you provide attribution and offer any derivative works under a similar license.
Microbes and Methane (CH4)—Double Trouble?

So far, you have learned a lot about soil microbes, decomposition and the release of CO2 during soil respiration. But, there is another greenhouse gas besides CO2 that has permafrost scientists worried—methane (CH4)! Remember that you were introduced to methane as a permafrost problem when you watched the video at the beginning of this lab. Click to enlarge the image on the right and make note of the sources of CO2 and CH4. Arctic researcher Katey Anthony lights some of the methane gas bubbling up from a pond on the University of Alaska, Fairbanks campus. 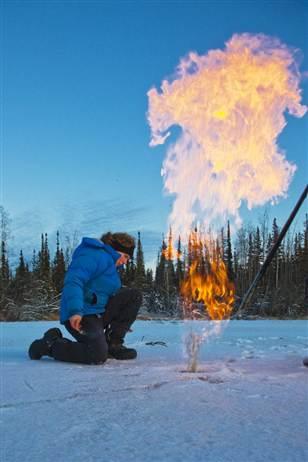 Although Arctic methane has many different sources, a primary source for methane in the permafrost are microbes. Not all soil microbes respire in exactly the same way. Methanogens are a group of microbes that produce methane instead of CO2 when they respire. Methanogens live and thrive in very low-oxygen (anoxic) environments such as the muddy bottom of the pond in this image. You will typically find methanogens in water-logged, anoxic environments such as wetlands, marshes, bogs, muddy bottoms of lakes, and rice paddies. With its seasonal thawing and freezing, much of the Arctic tundra is water-logged providing perfect environmental conditions for methanogens.

Show me the chemical equation for respiration by methanogens 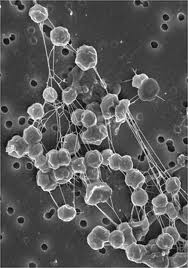 Methane is a powerful greenhouse gas 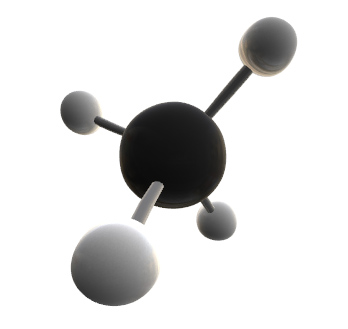 ×
Methane Molecule (CH4) Source:WikiMedia
What's so bad about microbes releasing methane (CH4)? Like carbon dioxide, methane is a greenhouse gas that traps heat in the atmosphere. However, methane can trap infrared heat far more effectively than CO2. Although methane's potential to trap infrared heat is twenty-five times greater than CO2, methane's life span in the atmosphere is much shorter than CO2. As a matter of fact, methane's atmospheric life span is around 12 years compared to carbon dioxide's atmospheric life span of up to 200 years. Fortunately, scientists have found methane-munching bacteria (methanotrophs) in permafrost soil that chemically "eat" methane for carbon and energy. Unfortunately, these methane-munchers then respire CO2 instead of methane.

4: Describe how a thawing permafrost could impact the current greenhouse effect.

Tracking carbon in a warming tundra

Follow the work of two researchers who are tracking carbon in the warming Arctic tundra.